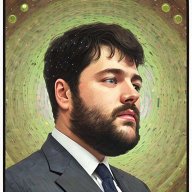 SPEED/MANEUVERABILITY
The Anvil-class frigate has a top speed of 55 MGLT and has average maneuvering characteristics.


DESCRIPTION​
For almost as long as there have been human colonies amongst the stars of the Galaxy, Rendili has been producing warships for the defence of those same colonists. And for precisely as long, Rendili shipbuilders have been rather obsessed with ensuring that their ships conform to a naming convention harkening back to the days of blacksmithing.

It should come as no surprise, then, that when Rendili StarDrives decided that their aging product line needed bolstering after the end of the First Order, they decided to name their new class of warship the Anvil-Class Frigate. Designed with the iconic 'wedge' or 'axe' shaped fore, the Anvil-Class Frigate was designed to work in co-operation with Hammerhead-Class Frigates and Sphyrna-Class Corvettes as more of a direct counter to harder targets such as space stations and other capital ships.

Keen to keep the heavily armoured wedge at the front capable of ramming offensives, the weaponry of the Anvil-Class Frigate was moved further back onto the main body of the ship but still mostly faces forward. For flexibility, however, the weapons were designed as turrets to keep the ship from being to limited in its firing arc. The key weapon of the Anvil-Class Frigate, however, is the central array of weapons all attached to the same turret - this main turret array contains five different cannons, two medium turbolasers, two medium ion cannons and a central, heavy, turbolaser cannon.

While this central turret allows the Anvil-Class Frigate to hit other capital ships hard with a mixture of damaging weapon types, it is slower to fire if fired as a group. Unless required, the central heavy turbolaser cannon is often powered down and the remainder of the turret array can be fired with more reasonable cool-down timing.

Despite an almost token number of point defence turrets, the Anvil-Class Frigate is vulnerable to attacks by smaller craft that it's heavier weapons have trouble tracking properly. Carrying it's own compliment of starfighters was designed to help mitigate this issue, but it is best served working in tandem with Corvettes and other dedicated anti-starfighter/bomber warships.


LEGALITY​
Restricted. Anvil-class frigates are classified as capital ships under Galactic law, and possess heavy weapons. As such, civilian owners will require extra licensing to operate one legally, and will receive increased scrutiny by authorities.


INTENT​
To make an addition to the tradition of Rendili ships with hammer and axe based names - and make one that is less ancient for use by players on the site.


RESTRICTIONS​
Anvil-class Frigates are large capital ships with heavy weapons, and capital ships cannot be owned or operated by individual characters. A faction would be required to obtain and crew a ship of this size, or a group of at least 2 players who work together regularly.