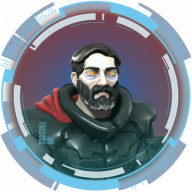 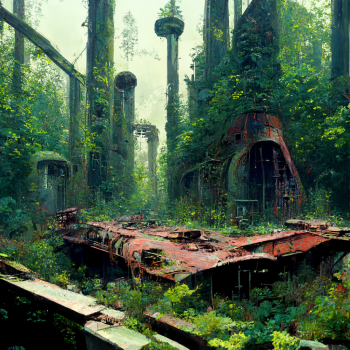 The time had come to make good on his promise. After having three different prospectors assess some areas on Arda II, there were more than a few sites that seemed promising for his purposes. Nothing that the prospector would have been excited about, mind you, but locations that could work for establishing a hidden base. Feeling somewhat like a real estate agent, Zack had spent several weeks putting together a list of locations with different positives and negatives for each spot; some more defensible, hidden, serene, or expansive. He wasn't sure what the Jedi would want to establish in this system, but he hoped at least one location would be suitable to the Ishi Tib. Zack had yet to get a hold of the maps they were after, so he was somewhat hesitant to contact the Jedi without them. Some part of him hoped perhaps the Jedi would have some ideas for getting a hold of those maps, because his current idea was dangerous, more so even than his previous meeting with the Grandmaster. He might have been overthinking things as he occasionally did. Sometimes the simplest approach was the most effective.

He'd chosen Arda II specifically when searching for base locations. When he had helped take the Arda system for the Sith, Arda II seemed to be less willing to join the Empire based on their leader's body language. Perhaps the populace would be willing to help conceal Jedi presence on the world if they weren't so keen on joining the Empire. Zack had told the Jedi where to land: an abandoned docking station that was actually only a brief stroll away from the first location he had in mind: a large cave tucked into a rocky portion of the surrounding forest. Zack had arrived in a requisitioned Kaba-class Shuttle wearing a sleek, black suit with red belt and lapels, saber hilt nestle in a black holster hanging from his side - something fit to represent the Arda system while conducting 'Sith' business. Until the Jedi arrived, Zack would whistle some old Serennian tunes while pacing with his hands behind his back. The Jedi wasn't late by any means, but Zactar was generally anxious about the whole affair. 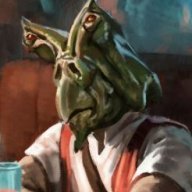 Drow was ever cautious as he landed on Arda II. He had repainted both his astromech and his Y-Wing to avoid identification of his ship and his spacesuit hid his physical appearance but, still, sneaking onto an Imperial-held world was always a risky prospect, even for one who had been doing it for so long.

What made him even more nervous was the fact that he still didn't know Zactar all that well. And yet, it was he who Alex and Drow had put rather a lot of trust into. Even now, the Sith Champion could easily betray Drow for extra brownie points with the Sith Council and, honestly, Drow wouldn't blame him. If anything, he'd respect the young man's game and curse himself for being stupid enough as First Shadow to get led so easily into a trap. But

"I honestly expected a battalion of soldiers to swarm me as soon as I landed. So, this trip is already going a lot better than I thought. That being said, it doesn't look like we're working with a lot from what I've seen of the surrounding settlements. So I hope you have a better plan than "give a bunch of spelunkers some sticks and hope for the best"" Drow told Zactar once he'd made his way off his ship and met the Champion.

Seeing the Y-Wing descend to the overgrown landing pad brought a smile to Zactar's face. He himself chose to fly (and mostly live in) a remodeled BNG Y-Wing and made a mental note of the small connection. When one came from such vastly different backgrounds, any common ground could be beneficial in getting closer and, hopefully someday, calling one other friends. Zack began to approach the Y-Wing, hands behind his back and a big, genuine smile across his face. When close enough to the Ishi Tib, he would extend out a hand in greeting before doubling over in laughter at the man's first comment. He'd heard legends of Jedi single-handedly defeating battalions of troops and assumed this man, whoever he was, was of some significant importance if he was at the meeting between himself and the Grandmaster.

"Surely you could handle a battalion, haha!" he laughed out before regaining his composure and brushing any potential wrinkles out of his blazer. "I have no desire to see you come to harm." he said with a warm smile. They needed each other; or at least that was how he saw it. "I must admit, most of the sites I've planned on showing will require a bit of work. I don't imagine you'd want to displace people from their homes and workplaces, so I opted for slightly more abandoned locations. If nothing else, it will help with secrecy." he offered, beginning to lead the suit-covered Ishi Tib toward an overgrown walkway leading into a less developed area of the surrounding forest, hands politely clasped behind his back.