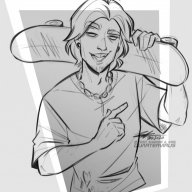 "There's somethin' holdin' the ship down, my dudes. I'm just not sure what it is." Kyle said. The heat was going to get intense unless they could get it off. Inside. The device had to be inside. It would be something to prevent the steering from working.

Kyle kept his eyes open for the more immediate threat. There was no way someone wouldn't be nearby. Kyle felt vulnerable for the first time outside of the Sith. Granted, the Sith were filled with some dangerous folks, but at least you knew to stay out of their way. Any scoundrel might bargain with you, stab you in the back, or even join your side for a quick buck. It was rarely the same.

He wished now that he would have packed a few bombs, instead of a standard blaster pistol. Maybe not a lightsaber though. That certainly would draw the brunt of the firepower towards him, and he wasn't exactly known for his blade swinging. 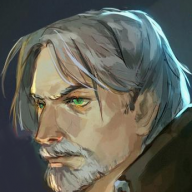 Kolran let out an exasperated sigh. Stealing ships could never just be simple, even when they were your own ships to begin with. "A steering lock, probably. People like this usually don't bother with that kind of thing. Strange." He said before pausing for a moment. Maybe this particular gang was just overly cautious, but that didn't seem right. "But unusual or not, they'll have an unlock chip somewhere around here." He continued, walking down the alleyway. The way he spoke made it clear he'd seen this all before, force knows how many times.

Slowly, with blaster pistol raised, Kolran peeked out of the the corridor onto the walkway beyond. The noise of gangsters frantically searching for the trio echoed out across the hangar, but that wasn't what grabbed the Morellians attention. The Siren. There she was. Sat in the middle of the surprisingly large hangar building amongst a few other stolen ships. The second thing Kolran noticed was the disappointingly closed hangar door. They'd have to get that open before they had any chance of escape. 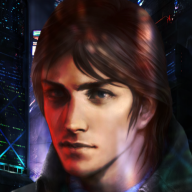 "Then perhaps we can send them in the wrong direction. I'm going for the door. You guys handle the unlock chip," Kel replied in a manner similar to Kolran. Perhaps, if they were lucky, they'd catch the guards off balance. If Kel could unlock the door in time, and Kolran or Kyle were to stealthily acquire the chip at the same time, they'd get away before the guards could come back at them.

Reaching the control booth proved complicated: Kel had to take his time to bypass the searching guards or wait for them to move to another position. This would give the scoundrel's allies some time to enact their own plans.

Eventually Kel approached the door to the hangar's control booth, blaster pistol at the ready. As the door opened, that proved to be a good precaution—the gun came to the chest of the only Ithorian guard coming out of the room. Out of options, Kel pulled the trigger, dropping the alien on the ground with one shot. "Kriff," the young scoundrel uttered, as he rushed into the room and hit the main door switch. If the blaster shot sound wasn't a clear indicator of the intruder's location, then the slowly opening bulky hangar door clearly was.

"Come on, come on, come on!" the scoundrel mumbled angrily, taking cover in the booth and aiming the blaster at the door. By then, the opening was wide enough for the Siren to fit through. But Kel wanted the passage to be as wide as possible before blasting the controls. That was an important part of the escape plan, so the scoudrel decided to hold the line just a little while longer.