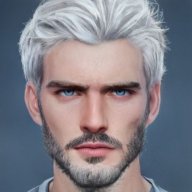 It was time to once again return to Korriban, in the hopes to uncover a mystery that had been plaguing Caelian since Onderon. He'd replayed the events over and over in his head many times, searching for clues as to what had gone wrong during the invasion. There was a clear recollection of the intense combat himself and Wodan had engaged in against two Jedi, with neither side easily finding success initially. It wasn't until a third Jedi had arrived, seemingly out of nowhere, did the tables turn and both Sith found themselves quickly overwhelmed.

Caelian winced as he thought about how much his life had changed since that day. A fun adventure turned into mortal combat in which he barely escaped with his life, followed into a short but brutal apprenticeship under a ruthless Zabrak. The failures were permanently etched in flesh, having his tongue burnt out with a lightsaber and ear carved from his face in a futile attempt to gain respect where none was. He'd found himself thrown out shortly after, only to be rushing around trying to fill a void in service to the empire yet nothing changed a thing.

Perhaps if he could uncover what happened that day, he could learn from his mistakes in an effort to become the Sith he was always meant to be. It was a long shot but he considered that the mission files at the academy, or someone there, could help him uncover some answers and finally provide a direction for this rudderless Echani. 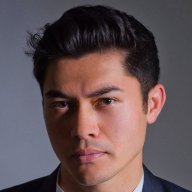 Sebastian didn’t know what he’d expected when he’d been assigned to Korriban. It was only for a couple weeks, but it was different, to say the least, from Eiattu. Life seemed… more rigid. But maybe he just had to get back into the swing of things.

For today, he was helping out in the academy when he’d been assigned to assist a Sith instead. When he’d received the news, he’d been overcome with a feeling of apprehension, yet excitement. He hadn’t met many Sith in his career so far, and even the few he’d come to pass during his time here didn’t even give him a second glance most of the time. And here he was, preparing to actually work with one.

When the man entered the academy, Sebastian would be the first one to approach him, recognizing him from the picture. Seeing that part of his face appeared to be missing, however, caused him to blink twice before greeting him.

“Morning, sir.” He gave a polite bow to the Sith. “Lieutenant Sebastian Montari at your service. Is there anything I can do to help you today?”

It had been some time since Caelian had ventured inside the academy's library but he wouldn't be alone in meeting a new face just outside its halls. Another man, both by the looks and his introduction appeared to be an imperial of similar age to the Echani. There was a quietness to the Sith's character that Sebastian would pick up quickly from his neutral expression, as no reply would venture forth from these closed lips.

Instead, the man was subject to an invasion of his subconscious as Caelian telepathically communicated with him. "Forgive the intrusion, I am mute." There wasn't any point in being brash about it, and Sebastian was just trying to do his job. The sooner they got this part done the better, he thought.

"I'm looking for information about the recent battle of Onderon. Trying to find out what went wrong, perhaps the archives have something useful? in the mission reports?"

It would be a boring clerical job but Caelian didn't know his way around the Imperial systems himself. Handing a datapad to Sebastian with the relevant information to look for, they'd start by looking at what happened after they had arrived on the world and focusing on who was present.

At the voice that suddenly spoke in his head, Sebastian would once again find himself mentally losing his footing. Someone talking in his head that wasn’t his own voice felt strange, and he briefly wondered if the Sith would be able to read his thoughts before he tried to go back to being professional.

“Not a problem, sir. You mentioned the mission reports, they’ll probably have something for you,” he said, giving Caelian a nod of acknowledgement. “We can take a look— the archives are this way.” He would gesture politely for the Sith to follow, but as they made their way down to the archives, Sebastian couldn’t help feeling his heart rate speed up and his hands beginning to sweat. Caelian seemed nice, but he’d heard all about the brutality of the Sith. It wasn’t that in of itself he was afraid of— it was when it was directed at imperials like him if they made a mistake. So, he hoped that whatever the Sith was looking for, they would find it.

They soon entered the archives, and Sebastian would open up a nearby computer. He glanced at the datapad that Caelian had given him for some background information before searching up the most recent mission reports from Onderon in the archives.

“Here’s a list of all who were at the battle,” he said, stepping aside as he showed it to the Sith. “Under that you’ll find the official reports. The computer’s all yours, sir.” He would then move back a bit to give him more room to work, but he would be there if he needed assistance with anything else.

The Echani returned the nod and followed along curtly towards the archives. There was a wealth of knowledge just sitting there at their fingertips that he hadn't really explored before. Caelian made a mental note to come back some other time and take a look around when he had a bit more free time and see if there was anything of interest that he could find.

A short walk later and Sebastian was pointing out the information on screen. A mute expression crossed his face as he took a seat and began to look over the initial bits of information. A long list of names, ranks and submitted reports all looked in order at first glance. It was hard not to replay the events of the battle in his head as he skimmed through some details, various pieces of information poked out as things he hadn't heard or seen but otherwise nothing out of the ordinary.

He wondered how long it would take to find the information he was looking for. It also seemed like a bit of a one man job, but the Lieutenant hovered nearby just in case regardless. Without turning his head nor a sound uttered, Caelian spoke directly to him. "Tell me about yourself Lt Montari, have you ever seen real combat?" It didn't matter if the man went into depth or kept the details light, the Sith was interested to see the type of man he was working with.

Caelian was going through a slew of his own troubles, and was coming to a crossroads so to say. He hadn't yet decided which path to take and the decision was fast approaching, his destiny bound to either and yet what he would do eluded him. He continued with a line of questioning. "What's the most difficult decision you've ever had to make, and what did you do and why?"

As Caelian looked through the archives, Sebastian’s mind began to wander off as he imagined what Onderon must have looked like during the battle. The imperials who were there had likely fought alongside Sith like Caelian and maybe even encountered a Jedi or two, and though he knew that it had ended in their loss, he wished he could have been there to at least be a part of the effort.

He was wondering about what kind of a commander Caelian was when he suddenly heard the other man’s voice in his mind again asking about his combat experience. The Sith hadn’t even turned his head or made any sort of indication beforehand, which caused his heart to jump a little before he pulled himself together again. Telepathy was something that would take him some time to get used to.

“Only minor rebel skirmishes, sir. Nothing like Onderon,” Sebastian admitted. “I wish I could have been there, but we can’t choose our own missions.” He cracked a small smile at that, though unsure how Caelian would respond.

His next question made him pause. Difficult decisions weren’t things he thought about often, and a few moments of silence passed before he answered. “It was on Comra. There were reports of rebel activity, so I and a few others went to investigate. We tracked them back to their outpost somewhere in the mountains. We beat them and took the building, but… there was one group who didn’t want to surrender. Women and children.” He took a short breath before going on. “The lieutenant— I was only a private at the time— ordered us to shoot them. And we did.” He would glance at the floor for a second, blinking a few times before looking back up again. “It wasn’t much of a choice. But that’s a day I’d like to forget.”

Then, he tentatively looked at Caelian. He didn’t know if he was allowed to ask questions to a Sith, but hopefully he wouldn’t strangle him with magic or something in the middle of the archives. “If I may, sir, why do you ask? Did something similar happen on Onderon?”