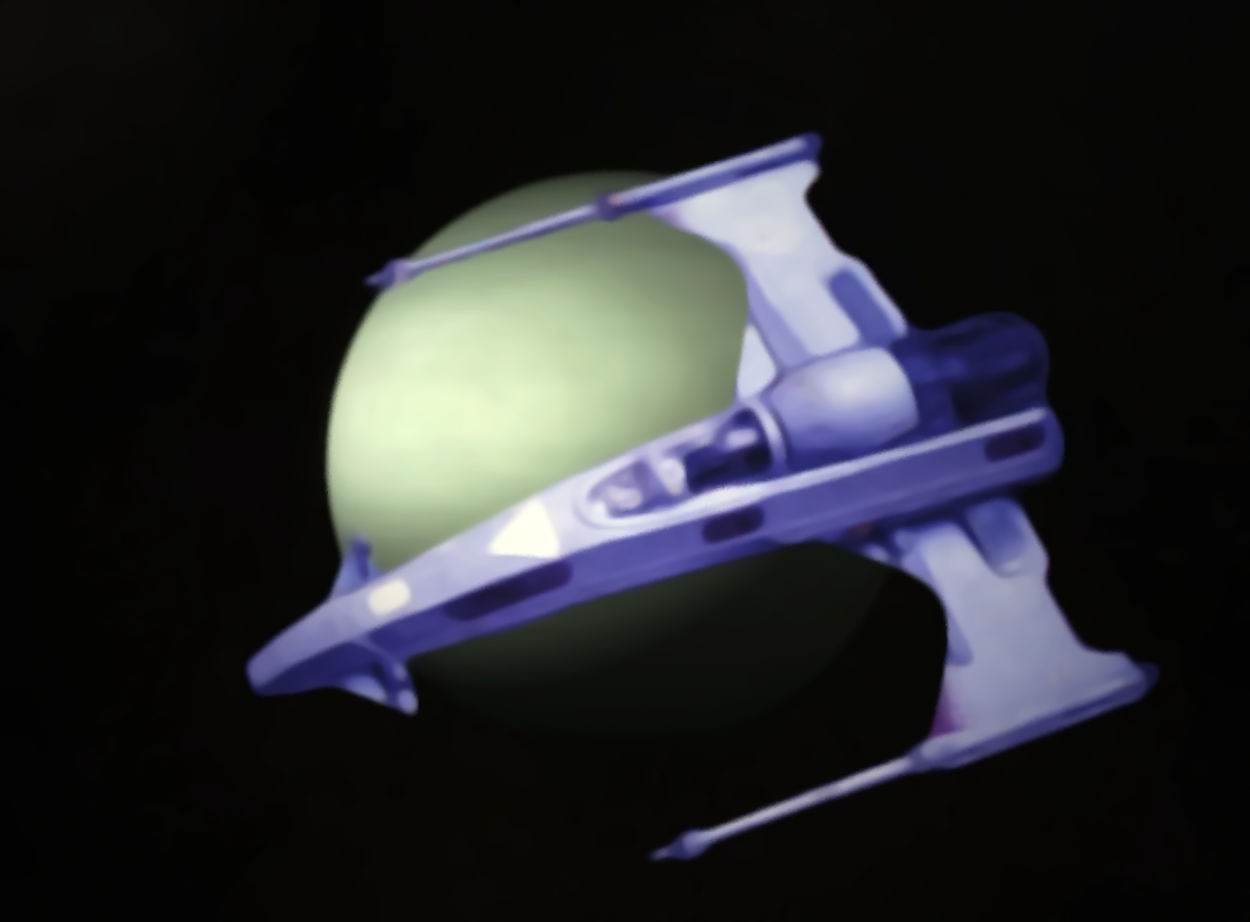 SPEED/MANEUVERABILITY
The C-73 Tracker has a top speed of 90 MGLT and has decent maneuvering characteristics.


DESCRIPTION​
The C-73 Tracker is a snubfighter designed an manufactured by the Subpro Corporation in the decades leading up to the Clone Wars. Predating Subpro's partnership with the Incom Corporation, which would produce the excellent Z-95 Headhunter, the Tracker was the company's most popular starfighter offering for a time.

Even for a snubfighter of its era, the C-73 Tracker is a basic design. 17 meters in length, it is equipped with a pair of wingtip-mounted medium laser cannons for armament, has a light shield projector for defense, an ejection seat for when that fails, consumables for only a single day in space and no stock hyperdrive. The ship has a top speed of 90 MGLT and decent maneuverability, but is really no comparison to starfighters which would begin to enter service only a few years after its introduction.

Although a decent seller for Subpro at the time, the C-73's manufacturer eventually decided to bring in outside help to improve the design. The C-73's basic fuselage served as the basis for the later, much improved Z-95, co-developed by Incom and Subpro; this was more or less the C-73's only contribution, however, as the Z-95's engines, stabilizers and many of its internal components were of all-new design. Within months of the Headhunter's introduction, sales of the Tracker dropped precipitously.

This would not be the end for the little starfighter, however.

With the outbreak of the Clone Wars in 22 BBY, the C-73 Tracker received a new lease on life. The Confederacy of Independent Systems, desperate for starfighters, approached Subpro hoping to acquire Z-95 Headhunters, which had proven deadly in the hands of the Galactic Republic's clone pilots. Unfortunately for the CIS, Subpro had signed an exclusive contract with the Republic to supply Z-95s, and was legally barred from selling the potent fighters to Separatist worlds. Instead, Subpro offered to supply the CIS with C-73s, which were less advanced but also cheaper and - more importantly - had no export restrictions.

Although the CIS was undoubtedly more famous for its vast swarms of droid starfighters, the C-73 was still a numerically important fighter for the Separatist cause, used by any number of Outer Rim militias and other forces with mostly organic composition. Many notable Separatist starfighter aces made at least some of their kills in C-73s, and despite its shortcomings, the type was generally remembered fondly by those who flew it.

After the war, most of the CIS surviving inventory of C-73 Trackers was confiscated by the Galactic Empire; however, due to their obsolete design, they were judged innocuous enough to be disposed of as military surplus. Large numbers were scooped up by planetary defense forces, mercenaries, pirates and the growing Rebel Alliance, who used them alongside ex-Republic Z-95s for a time before mostly standardizing on the X-Wing series.

In the present day, C-73 Trackers are understandably less common than they once were. In general, they tend to be used only by the most cash-strapped planetary militias, low-rent mercenaries and struggling pirate bands.


LEGALITY​
Restricted. C-73 Trackers are starfighters, and are subject to extra licensing requirements and increased scrutiny by authorities.


INTENT​
To bring a vessel from Legends into our site's fanon.