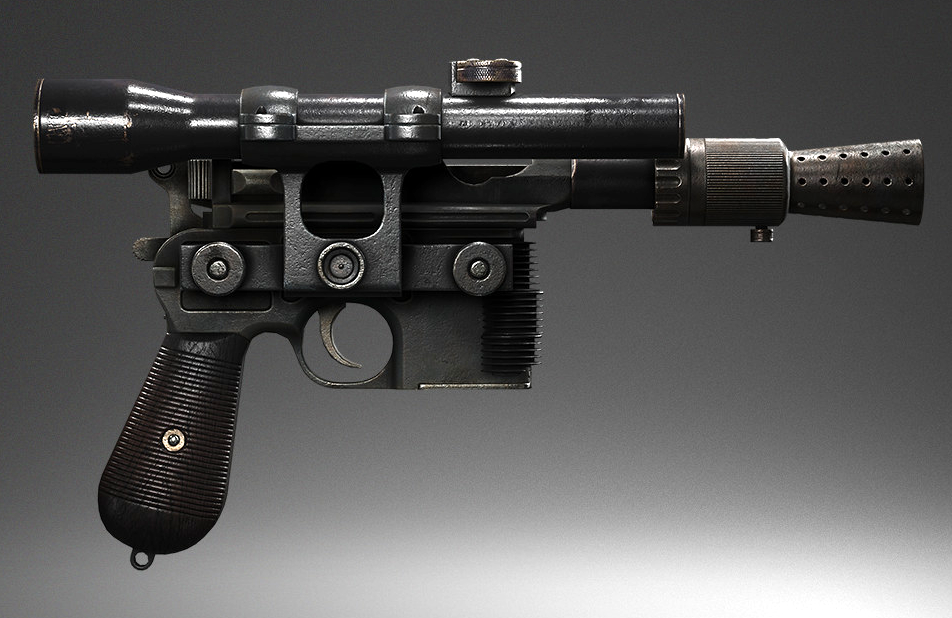 
DESCRIPTION​
The DL-44 heavy blaster pistol is a hand weapon produced by BlasTech Industries, one of the Galaxy's premier small arms manufacturers. One of the most powerful hand weapons made during the Imperial era, it has good range and versatility for a pistol.

The DL-44 is a scoundrel's weapon, bulky and mean-looking, and thus very popular. Production and sale of the weapon was specifically outlawed during the reign of the Galactic Empire, however it somehow still became the weapon of choice for gangsters, smugglers, pirates and the Rebel Alliance, who issued it to their scouts, pioneers and infiltrators. The DL-44 has a number of useful features, including a maximum range of 50 meters, both medium power bolt and stun settings, and an over-sized scope for targeting. The weapon will chew through a standard power pack after 50 shots.

DL-44s are decent weapons, although they are no longer the end-all and be-all of hand blaster design. Their reputation and ease of modification have kept the design relevant, however, and an easing of Imperial-era restrictions has made them much easier to get hold of in the present day.


LEGALITY​
Legal. Ownership of blaster pistols is not restricted in most of the Galaxy, however openly carrying such a weapon in public might be on more "civilized" worlds. On less civilized worlds, it still might draw unwanted scrutiny.