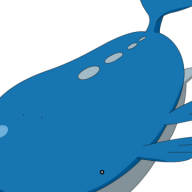 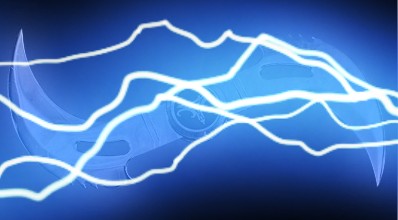 DESCRIPTION​
Especially cruel and feared hunters occasionally modify their Vibro-Repulsor Blades to deal extra damage. Electrifying the Vibro-Repulsor is a surefire way to make sure a target stays down. By removing much of the device's repulsor functions from the circular object in the center, a small charge pack can be placed inside. This pack forces the blade to release a powerful electric shock after impacting it's target. Theoretically, it would allow the device to be far more effective against droids, and keep down pesky beasts who keep getting back up.

Though many of the device's repulsor functions have been lost in this replacement process, it can still produce a single repulsor-assisted throw to slightly increase the weapon's range. Once the weapon has impacted, and discharged it's electricity, it looses all repulsor and electrical functions until repairs can be made.


LEGALITY​
Restricted. Since Vibro-Repulsor Blades are seen as a weapon used by hunters, the added shock is considered cruelty by much of the galaxy. This has lead to them being illegal in most core worlds, and frowned upon for hunting in even outer rim planets. Though they are respected by Bounty Hunters.


INTENT​
Creates a modification for the Vibro-Repulsor Blade, allowing the weapon to do stun damage after it's initial impact. I believe this would be the first thrown weapon on site that actually deals any sort of stun damage.