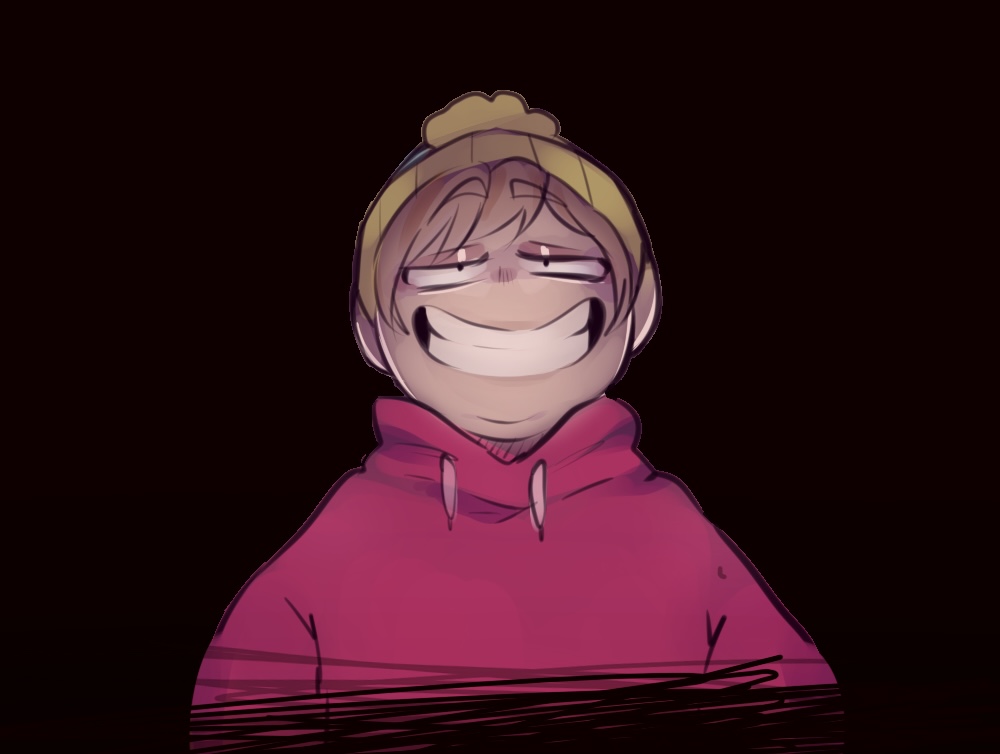 Erik Cartema’an, referred to mainly by his last name, is a 9 year old human boy. He’s of average height for his age, but is very, very overweight. He usually wears a simple red jacket with a blue and yellow hat that covers his brown hair. Besides goofing around with his “buddies” in the slums of Corellia, he spends most of his free time seeking forbidden knowledge of anything and everything Sith.

Erik was born to a single mother, not knowing his father. Throughout his childhood up until his current age, he said/did whatever he wanted, usually without massive repercussions. Cartema’an is notable for having a very large criminal record. Although he has committed many atrocities and crimes, he has only been arrested three times. He has been arrested for his “mistakenly” assumed hate crime, kidnapping one of his friends as a “prank”, and framing his mom for operating a drug lab. The real reason why Cartema’an does not stay in prison for a very long time is likely because his Mom bails him out, dismissing the severity of the crime. Another reason why because the Security Forces assigned to slums he lives in are too incompetent to do anything about it. He has also committed acts of vandalism, manslaughter, murder by proxy, enforced suicide, animal abuse, attempted genocide, and much, much more.

Cartema’an is described in various terms by his “friends”. In short, he is an evil, vicious, angry, self-absorbed, immature, destructive, sarcastic, snooty, loud-mouthed, lazy, and insane child. He is the most foul-mouthed boy you will ever meet. He is also terribly bigoted and stereotypes almost everyone he sees. The very dark, usually disturbing undertones to his personality often hint at an extreme mental imbalance, which explains his pull to the dark side. Apart from being portrayed as having a general lack of moral responsibility or social conscience, he also seems to take pleasure from others' misfortune and is generally unable to show empathy, although there have been some (rare) exceptions.


Cartema’an has shown himself to be a poor student, but excels in leadership and team organization- which usually involves exploitation of others' weaknesses. Although having his origins as a petty criminal, Cartman has evolved into a man of stunningly articulate manipulative talents and techniques. Cartema’an's perceived stupidity by his friends can be attributed to his sometimes naive, careless behavior. However, his uncanny skill at manipulation, bilingualism, and ability to create elaborate schemes which are often effective imply a high intellect, despite his ignorance. Cartema’an seems to have no problem talking to people and speaking in general. He has an uncanny way with words and uses that to his advantage whenever he plots an idea.

Cartema’an is also proficient in using the Force as a tool in his plans. Once, while trying to steal a toy from his friend’s house, he accidentally lifted the entire dresser instead of the toy he wanted. He was promptly kicked off the property for making a dresser-sized hole in the wall. He has no discipline when it comes to using the Force, and sometimes it boils down to whether he can use it in the moment or not.