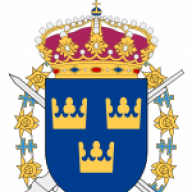 Spock, set the time machine at 2013. I was a young (compared to now anyway) newly minted royal guard in Stockholm. I lived on the military base in central Stockholm, skipped breakfast every day, worked out twice a day, and worked until nightfall. Lived, breathed, and probably ate the Army, too.

Saying I skipped breakfast though isn't entirely true. For a whole year, my breakfast consisted of a can of Red Bull and a protein bar. Say what you want about the health benefits (or, more likely, lack thereof) of it, that was my breakfast, every day.

A year later, I immigrated to the US. And I never kicked my breakfast habit. I think it's safe to say, for the last six years I've had a Red Bull not every morning, but a large percentage of mornings. I'm thinking 80%-90% of mornings. I think it's a safe bet to describe me as addicted to the Red Bull. I've tried quitting a few times, but you know how they say, "I could quit if I wanted to, but I just don't want to"? Well, I wanted to quit but I also didn't want to. Because, honestly, I loved Red Bull. It was flippin' tasty, especially in the morning when I'm tired.

Now, set the time machine on two weeks ago. I walk into Kum 'n Go (Worst name for a convenience store chain ever, btw) to grab my morning Red Bull. Instead my eye catches a can of Bubbl'r. It's "an antioxidant sparkling water that features natural flavors and colors, no artificial sweeteners, and natural caffeine", to quote Bubbl'r's website.

I figure, I'll give it a shot. Maybe it's tasty. Worst case I don't get my daily Red Bull fix.

So next trip to the store I pick up an eight pack of 'em.

And then another one.

I've now had Bubbl'r every morning for two weeks, and this morning I decided to treat myself and have a Red Bull. And it didn't do anything for me. It did not taste fantastic. It was just...blah.

So, I think it's safe to say I'm over my Red Bull addiction.

Let's not talk about the fact that I'm now addicted to another caffeinated beverage though. That's beside the point.