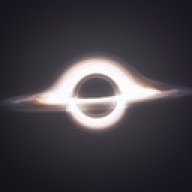 ATTRIBUTES:
As with most Wookiees, Bo is quite competent around technology and crafting. He excels at fine-tuning the various pieces of equipment that surround him. Bo also has much in the way of constitution and would rate as strong, even among his Wookiee brethren. Having been a veteran of countless engagements, he also

In one or two paragraphs (six sentences each), describe in moderate detail the strengths and weaknesses of the character. This can include, but not limited to personality flaws, intellect, strength, constitution/health, dexterity, stamina, etc. Keep attributes reasonable and balanced. Low attention span does not counter super strength and super mobility.

PERSONALITY:
Bo is a survivor but not for the better. Having lived through and participated in multiple, universe-spanning conflicts, Bo is worse for the wear. While the wars may have honed his combat skills to a sharp edge, Bo suffers from the hellish traumas visited upon all veterans, especially those as long-lived as Wookiees.

In one to two paragraphs (six sentences each), describe your character's personality. Be sure to update this section as the role-play continues.

Up to one paragraph (or more) describe your characters backstory up to the point you started RPing him/her. Be sure to update this section as the role-play continues. This section requires a minimum of 50 words upon the posting of the profile, even if the profile is a work in progress.

SKILLS:
Describe the skills that your character possesses, such as marksmanship, swordsmanship, medical knowledge, multilingual, technological expertise, piloting, jazz hands, etc. If the character is Force sensitive, describe the specializations and/or techniques in the Force that the character has learned, detailing the level of mastery of those techniques, along with the level of proficiency in lightsaber combat.