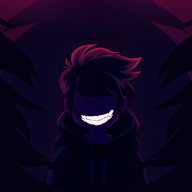 Some adopt the powers of the dark, seeking its power. Others pull away from the dark in fear, unsure if the power is what they even wanted. And then you have those entirely dedicated to the dark, or perhaps even driving it away to steer in the light. None of these were appropriate for Grimiu, who couldn't say he's ever felt anything but the dark. He was shaped and molded by it, and allowed it to flow through him.

Most would tell you that there is no allowing the dark side of the force to flow through you, and that mentality is best kept to the light. These same people would tell you that the only way to truly access or master the Dark Side of the force is to dominate it with your will...They'd be wrong. There are individuals who have spent their entire lifetime enveloped in the darkness; molded and shaped by its desire for emotional passion and freedom of strength. The Dark Side of the force is not dominated and then channeled through him, it is given a vessel to act through. An embodiment.

Master of the Sith, Grimiu.

A product of the unidentified Yoda-Species of legend, Master Grimiu has spent his entire life purposefully sheltered from all around him in his home world of Dathomir, including his fellow Sith. While others believe dominating and conquering the galaxy was the ultimate goal, it was Grimiu who believed that the only way to true power was obtaining freedom from such trivial matters. Wherever his name popped up in history, it just as quickly vanished into thin air. His motives have always been a mystery, but one can only assume that it is all driven by more acquisition of power for the sake of power. His thoughts are those of the Dark side, not of petty planetary political squabbles or who the next Emperor would be. All of those things pull away time from the force, the only thing he was comfortable confiding in.

It would be a lie to say the small Sith was ignorant of outside affairs, quite the opposite. His cognitive ability to see outside the planet was almost unmatched. As long as the Dark Side of the force had a presence in an area, he could see. It would also be a lie to say he's never meddled in them, or never leaves his planet. The blunt reality is that everywhere Grimiu goes, their memory is either completely wiped or their heads are removed entirely. If Grimiu were to in fact travel, it was not entirely uncommon; though it would typically be on the basis of seeking beacons of the Dark Side, or heeding the call of his superiors in order to do just that.

His responsibility in the empire was typical as a dowsing rod for the force, seeking it out in hopes to provide the Empire (and himself) with large spikes of power. This was to his satisfaction as a responsibility, as little else interested him. Although he did make diplomatic missions, it rarely piqued his interest and he typically made sure nobody would be able to admit his name after it was over. Grimiu was--by the few people who knew him--notorious for making sure contact with him was extremely difficult; typically only achievable by the Sisters of the Night or very powerful wielders of the force.

A Creation of the sisters of night and a product of the Dark Side of the Force, Grimiu is considered by most to be a 'Wound in the Force'. Only by the standards that any nexus of forces that he touches is typically either corrupted or grows in dark side power quickly; shortly before he spends time to feed off of it. This is how he learns new abilities, as ancient Dark Lords are able to achieve a vulgar replication of the immortality that powerful Jedi can obtain. It is through this method he draws strength.

With war rampant, and energies running wild in such a way that it sends practical shockwaves through the galaxy, Grimiu is on the move once more. But this time, it is different. For all the power that he has, the one thing that Dark Grimiu is not...Is immortal. Is it this motivation, tied with the convenient timing of the extreme war, that Grimiu is now in search of someone...Not an apprentice, but a successor. Driven by the pure desire of the Dark Side, he moves with the will of power and passion itself.

He moves no longer as a student of the Dark, but a Sith.

Timeline
► 522bby : Grimiu was formed
► 522-400bby : Grimiu was raised by Sisters of Dathomir in a closely kept secret
► 350bby: Grimiu was sent on various missions to acquire Sith Artifacts, training in the force, avoiding any conflict
►277bby: Sisters of Dathomir, after generations, are finally ready to prepare for their ritual, Grimiu continues to studyh
►199bby: Sisters of Dathomir infuse dozens of artifacts into Grimiu
►199-140bby: Grimiu falls into a coma
►139bby: Grimiu awakes in anger, killing half the population of Dathomir in a fury. Sisters manage to subdue and contain him through magick at the cost of sacrifice.
►65bby: Grimiu travels to dagobah and meets Yoda, who then discuss their passions and guidance in the force rather than fight.
►54bby: Grimiu travels back to Dathomir
►54bby-120aby: Grimiu acts as a dowsing rod for the Empire, pointing Sith Envoys and peacekeepers to the new nexus' of the force in hopes they beat the Jedi.
►121-140aby: Grimiu falls into coma once more
►141aby: Grimiu awakes and declares a powerful nexus to have been born into the force, and meditates with the SIsters to discern its location
►151aby-present: Sisters of Dathomir discover it is a Miralukan boy, Grimiu seeks out apprentice. 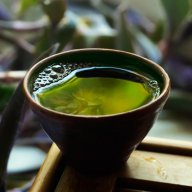 This NPC bio has a number of issues.

Their backstory is inconsistent with site Dathomir lore, they've been "infused with dozens of artifacts", killed half the population of Dathomir, and met with Yoda, a Canon character. Their status as a "Wound in the Force" and how that seems to interact with things, along with other Force-related traits, is too much. Grimiu is in general portrayed as far too powerful for their rank.

As another note, player-controlled NPCs do not get their own subaccount and may not be treated like PCs themselves. They are background and supplementary characters.

I'm archiving this profile and unlinking the subaccount.