Religion Guardians of the Whills 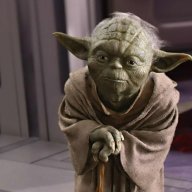 I have a bad feeling about this...

Guardians of the Whills


I Am One With the Force, the Force is With Me​

AND THE EONS PASSED
Over 1000 years after founding Jedha City the Guardians began to expand the Temple of the Whills to accommodate a growing congregation. During the expansion the Guardians discovered the first and largest kyber crystal. The continued discovery of kyber crystals brough the Jedi and others who along with the Guardians revered and worshiped the crystals which contained powerful Force signatures.

However, the Guardians of the Whills were much more than that. Always they protected Jedha City and the kyber crystals within. In keeping with their Jedi heritage, the Guardians also traveled abroad helping those at need. Often, they were mistaken for Jedi; unlike the Jedi the Guardians stayed out of galactic and even planetary or smaller local affairs. They preferred to help those of less notoriety but of no less misfortune.

Distance was no obstacle to the Guardians when it was time to make their pilgrimage to the Temple of Kyber. This pilgrimage was not made on an annual basis or at set times. It was made when a Guardian felt the need to return to regain a sense of balance and peace.

ARRIVAL OF THE GALACTIC EMPIRE

Order 66 and the Inquisitors wiped out the Jedi, including those on the Moon of Jedha. The Empire soon occupied the Moon and begun collecting Kyber crystal’s from the Temple. The Temple of the Kyber was sacred ground and the Guardians of the Whills could not stand by and watch the large precious crystals be removed. Over the years the Guardians had dwindled in number but those that were left on Jedha formed a resistance with other citizens to push the Empire out. The Guardians were ultimately unsuccessful and were nearly all wiped out along with the Temple of the Kyber when the first Death Star destroyed Jedha City. Those few Guardians who had not been killed in the destruction or during the insurgency went into hiding fearing the Empire and later the Knights of Ren and the First Order.


The Guardians of the Whills believed in a balanced Force, both a light and dark existing together; there could not be one without the other. Unlike the ancient Jedi the Guardians did not believe the Sith or even Dark Siders should necessarily be destroyed. Although the destruction of the Jedi, as the Sith desired, was not in keeping with the Guardians beliefs either.

For the Guardians balance could not be obtained by suppressing or ignoring ones emotions completely, nor could it be obtained by giving into them completely, rather good emotions should be drawn upon freely and bad emotions like fear, anger, and hate should be recognized but controlled but not completely suppressed. However, if those emotions got to strong it was time for the Guardian to rebalance themselves by making the all-important pilgrimage to the Temple of the Kyber or a lesser shrine. There the Guardian could mediate amongst the crystals to regain their balance and prevent a fall to the darkside.


Peace is not alone, there is also Passion
Through Passion and Control I gain Balance
Through Balance Peace is Restored
Through Balance and Peace, I Am One With the Force
The Force is with Me.​
A practitioner can only be truly one with the Force if there is balance, which automatically results in peace. That is why the Guardians of the Whills discourage the use of the dark side because it causes imbalance and destroys peace far quicker than a strict and monastic few of the light side. This could be seen in powershifts between the Jedi and Sith during wars over the millennia. One side always felt the other must be destroyed.

The Kyber Crystal is central to the beliefs of the Guardians of the Whills for many reasons. Not least among them the Guardians believe that the crystals provide an important connection to the Force for those that do not have the ability to make use of the Force but can still feel its presence.

Nearly all Force based “religions” understand that the Force is in all living things, however the Guardians understanding goes deeper than that. While those that are non “force sensitive” cannot make use of the Force the Gaurdians of the Whills believe that any who puts their mind to it can feel the Force and even others within it.One of the first objects a new Guardian learns to sense are Kyber crystals. The crystals have a natural reservoir of the Force that is stronger than most anything else making them ideal for such instruction.

I did an abbreviated write up for the Guardians of the Whills back when the Sixth Timeline broke but I couldn't come up with a decent motive at the time so I put the idea aside. I decided to bring it back as it seemed it might fit better in this TL, especially with Jedha gone. At the very least the motive could be to reestablish the Holy City and return as many of its Kyber Crystals as could be found. Of course, this could take place along with other missions. They could be allies with the Jedi, and thus under their umbrella, and give more mission and RP opportunities to the Order. At the same time, Members of the Order would not be members of the Guardians of the Whills and vise versa. At the very least, this would add to the Lore of this TL and another group that could be interacted with in RP settings.
You must log in or register to reply here.
Share:
Facebook Twitter Reddit Pinterest Tumblr WhatsApp Email Link
Top