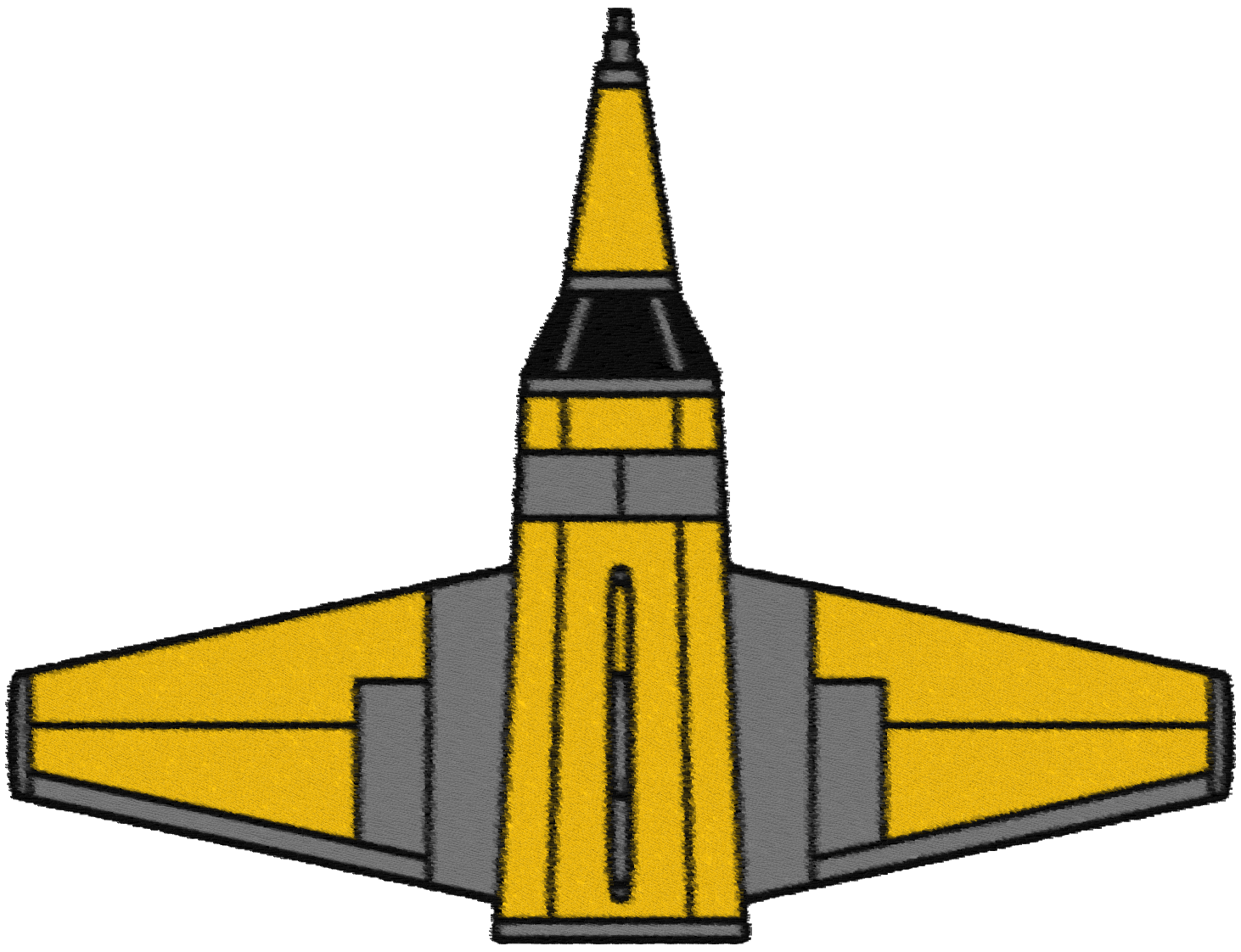 
DESCRIPTION​
The YP2Z Starspark is a light starfighter designed and manufactured under the auspices of the Supreme Headquarters Alien Defense Establishment, better known as SHADE, the global defense organization of the planet Tolvis VII. Developed from the earlier P2A Skyspark interceptor, the Starspark was conceived as a sort of "Super Skyspark" which could range further afield than its relatively short-ranged predecessor, allowing it to escort Tolvite trade and diplomatic missions into the wider Galaxy.

Helen Holcomb's Starspark was acquired by the Tolvite pilot during a visit to her home-world, where she became embroiled in a plot by an isolationist faction to close the planet off from all contact with the wider Galaxy. Helen's partial foiling of the plot involved an escape from Tolvis VII aboard a prototype Starspark interceptor, which she has used ever since. Over the course of her ownership of the craft, she has made a number of modifications, including an aftermarket class 2 hyperdrive, deflector screen generator and heavy laser cannon. Top speed has been reduced to 90 MGLT with the upgrades, but Helen finds she does just fine even so.


LEGALITY​
Restricted. YP2Z Starsparks are starfighters, and are subject to extra licensing requirements and increased scrutiny by authorities.


INTENT​
To create a personal ship for Helen Holcomb.