DESCRIPTION​
Hoersch-Kessel Drive, Inc (HKD) has been on the starship construction scene for light freighter and courier galactic vessels for centuries. The ship builder has managed to remain neutral among the many conflicts throughout the years, settling for whoever can afford their ships. While the company does not have many different models to call its own, it has done the best it can with the models it has on the market. HKD needed a ship to compete in the medium freighter market. Engineers wanted a sleek, balanced platfrom, so they came up with the HKD-800 "Trailblazer" Medium Transport. Counting on the appeal of the aesthetics and the comparable performance, HKD hopes to take the lead in the medium transport world.


LEGALITY​
Legal. Medium freighters such as the Trailblazer are considered innocuous enough under most jurisdictions, and are not restricted in most systems.


INTENT​
The intent of this ship is to provide a reskin of the Wayfarer-class Medium Transport to be used by PCs. 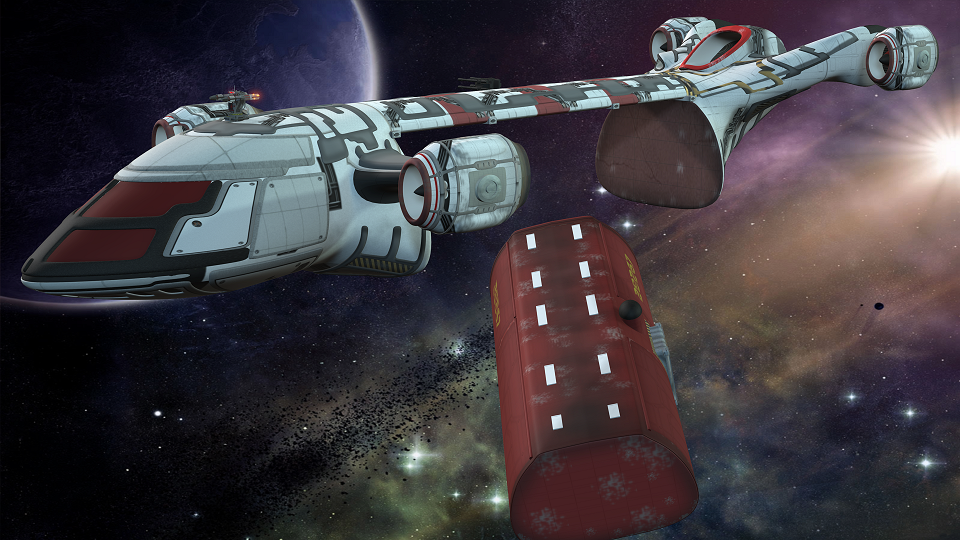