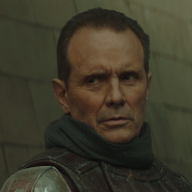 From within the pool of the Kowakian Refuge House, Davik could just glimpse over the railing of the roof terrace and see his beloved Catscratch parked on the landing pad. The iced cocktail in his hand was being closely watched by a Kowakian Monkey Lizard that seemed very interested to give the sweet drink a try, but so far it hadn't left Davik's hands long enough for it to try and nick it. Beside him in the pool sat Meera, lead-singer of the Furry Fantastics, and she looked at Davik with a look of utter dumbfounded amazement. But why? Oh right, "Let me get this right, you got millions from kidnapping the president of the Independent Systems Consortium,-" Davik ignored her. That part was old news and allowed the entire band to record a new album here on New Alderaan, that wasn't something worth her current outrage, "-got a one-hundred thousand credits bounty on your name-" with the added identifier of the Catscratch as his personal ship, something he didn't have the heart to remedy. You didn't just change the name of a ship with a storied history like that Lethisk-class Armed Freighter. "-and you decide to buy blasters in bulk because selling them to the cartel while they're at war with the Consortium is a good hussle!?"

Davik moved the cocktail to his lips and took a lazy indifferent sip, "Nor'baal was just elected ISC Governor of Kessel. He'll protect me from ISC prosecution while I move the blasters in Hutt space." Meera almost dropped her own drink in the pool when she heard her second string's careless plan, "Are you trusting a Hutt!?"

"Yes, listen-" Davik finally turned his gaze away from his ship and looked at the soaking Cathar, "Nor'baal and I have worked together before. On Quesh and even here on New Alderaan. He wouldn't do me like that. I trust him." for a little less of distance than he could throw a Hutt that was four times his size, meaning he didn't. At all. There was however one much more important factor in all of this to consider and that one he didn't really want to share with Meera or the other members of their band. He was bored. He was utterly kriffing bored.

"You got shit for brains, Davik Lorso-" Meera sighed and shook her head as she placed her glass down and let herself sink under the surface. She hadn't been out of sight for a second when two Kowakian Monkey Lizards ran forward to try and take a sip from her drink. They collided with each other near the straw, started fighting and as they wrestled each other away from the drink a third monkey lizard appeared and took a refreshing sip.

Davik watched Meera swim away from him and then returned his gaze towards his ship. It was already filled to the brim with blasters and all fueled up and ready to go. Just waiting for him to play a last song and spend a last night in a spice-filled boozed up haze of bandmembers, groupies and Kowakian Monkey Lizards. His life wasn't so bad.. but by that rodian gunslinger was it boring.
____________________________

The "Wet Kitty" Lethisk-class Armed Freighter exited the Kessel Run in what was early morning on New Alderaan. For Kessel it was more like afternoon, scrambling up Davik's internal clock for the third time in four days as he started his descent to the planet proper. "Kessel Control, this is cargo freighter 'Wet Kitty' approaching pre-arranged landing pad thirteen-dash-Bantha," he said into the intership communicator as he rechecked the fake identification papers he had stickied to his cockpit console. The Catscratch had become the "Wet Kitty" and Davik Lorso had become... Lavik "Iron Kowak" Dorso. The perfect name change for the perfect con.

His landing pad was attached to the commercial palace instead of the governor's residence, which fueled some doubt and reminded the smuggler of Meera's words from a week ago. Still, he had faith in his friend. Nor'baal hadn't betrayed him yet and he could have. He was one of few people that knew Davik owned the Kowakian Refuge House on New Alderaan. 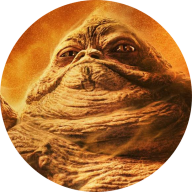 Since becoming the ‘democratically elected’ governor of Kessel, Nor’baal had spent a great deal of his time brushing up on his image. He had also spent a considerable amount of time when he was not doing this, keeping a close eye on his ‘business interests’, beast breeding, racketeering, spice production and - of course, smuggling.

As such, when one of his old business associates has contacted him to request a meeting, the gargantuan Hutt simple couldn’t bring himself to say no. Sure, the man was one of the most wanted men in the ISC - but, the Hutt thought, was it a bounty or a commercial reputation score?

Yes, that sounds a lot better, Nor’baal wallowed in the radiance of his own staggering genius, as his Majordomo informed him of the arrival of one ‘Lavik Dorso’, the ‘Iron Kowak’. The man and his assistant would be escorted into the throne room by a pair of forlorn-looking Gamorreans, one of whom Davik Lavik would almost certainly recognise from a con pulled with the Hutt some time ago.

As they arrived into the throne room, Nor’baal snored, grumbled, and absently licked his lips.

He was fast asleep.

For some reason Davik himself hadn't quite understood yet he had bought a protocol droid that now accompanied him into the palace. It held one of the rifles he was planning to sell to the Hutt clans for their scoundrels and slaves to wield against the ISC aggressors. The second the "Iron Kowak" recognized his good friend Dirk he started grinning from ear to ear and gave the big man a hug. "Dirk, it's been ages-" the Gamorrean seemed to recognize him as well and snort-laughed, "-we should play some Dejarik again. I assume you've practised?" Davik and Dirk had been living on the Catscratch for weeks while trying to find the Onderon Crown Jewels on Quesh and had often played Dejarik. Dirk had been awful at it. He seemed incapable of learning the rules and Davik had always felt bad for beating him, preferring to try and convince Dirk that it was a challenge by dragging the game out. His brother Durk had been much smarter -for a Gamorrean- but unfortunately he had ended up with a ship's laser canon to his face. Nor'baal's canon, to be clear.

The majordomo coughed and on they went to the throneroom where Davik saw his old friend just in the middle of a nap. The Majordomo hesitated, but Davik reassured him with a nudge and a nod, "Iron Kowak, just introduce me." The two of them went back since before the Hutt even had a majordomo and a position of power, so surely if he did have an aftersleep tantrum than it'd be directed at his own employees and not 'Lavik "Iron Kowak" Dorso'.

"Your Excellency, Mighty Governor and Supreme Being of Kessel. Your guest, the Iron Kowak as arrived."