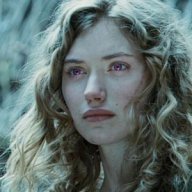 “You can make it up to me now,” Fiach said, frowning. “You let the Jedi down once. Do not do it again.”

“This shouldn’t be dangerous for you,” Fiach said. “All I want you to do is let me hide in your shipment of weapons. I will find a way to sneak out after you have left.”

“Yes,” Fiach said impatiently. “I just need a way into the building.”

Divad, Creft, and Relo exchanged glances. “Excuse me so much for asking this,” Divad said. “But what is in it for us?”

“In other words, it sounds risky,” Creft explained helpfully. “And there’s no reward for our risk.”

“Well, I’m not going to pay you,” Fiach said. She fixed her lilac eyes and her new-found commanding gaze on the three, who squirmed at her scrutiny. “Is that what you are suggesting?”

“Of course not,” Relo said stoutly. “Unless, of course, getting into the fortress is very important to you – important enough to pass along a few credits...” Divad’s voice trailed off when Fiach continued to stare at him. “It was just a thought,” he added weakly.

“I have a number of reasons you should help me,” Fiach said, trying to keep the impatience from her voice. She did not have time for this delay. “First, because I believe you owe me. And second, because Jedi make better friends than enemies. And you three can use friends, I think.”

“That is true, since everyone despises us,” Relo agreed sadly.

“All right, we’ll help you,” Divad decided. “But wait until we’re out of the building before you start any Jedi saber rattling.”

Fiach paced around the gravsled hauler, where the three had been loading weapons. There was no exterior shell on a gravsled, just a platform and a windscreen. “But how can I hide? They’ll see me at once. Don’t you have a covered vehicle, like a skiff?”

“We could barely afford the gravsled,” Divad said. “But let me show you something. First, we have to unload the weapons. Creft, Relo!”

Divad, Creft, and Relo unloaded the handful of weapons that had already been placed onto the gravsled. Then Divad pressed a lever, and a hidden compartment in the gravsled slid open. It was cleverly disguised so that it appeared to be part of the vehicle’s shell.

“We occasionally have the need for secrecy in transporting objects,” Divad explained.

“You mean smuggling,” Fiach said and she peered into the opening. “Not much room, but I think I can fit.”

“You have to hide first. Then we load the weapons,” Creft explained.

Divad did not look happy at this, but he nodded. “You’d better get inside or we’ll be late for our appointment.”

Fiach folded her long, elegant body into the small compartment and lay flat.