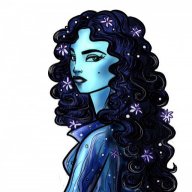 Thread to work on characters and build them up

APPEARANCE:
Describe the appearance of the character, such as eyes, hair, skin complexion, and distinguishing marks, such as scars, birth marks, etc. Also be sure to list a height and weight.

ATTRIBUTES:
In one or two paragraphs (six sentences each), describe in moderate detail the strengths and weaknesses of the character. This can include, but not limited to personality flaws, intellect, strength, constitution/health, dexterity, stamina, etc. Keep attributes reasonable and balanced. Low attention span does not counter super strength and super mobility.

PERSONALITY:
In one to two paragraphs (six sentences each), describe your character's personality. Be sure to update this section as the role-play continues.

Au'ra is a fierce, strong-minded person. Ruled by determination, Au'ra has no problem ignoring orders and acting on her own will, something that has gotten herself into trouble multiple times throughout the duration of her Jedi training. When it comes to a fight, Au'ra wants to be on the front lines, defending herself and those around her. She has a deep compassion for her friends and family, attachments that can be dangerous to a Jedi.

BIOGRAPHY:
Born to immigrant parents, Au'ra grew up on the planet of Dandoran.

SKILLS:
Describe the skills that your character possesses, such as marksmanship, swordsmanship, medical knowledge, multilingual, technological expertise, piloting, jazz hands, etc. If the character is Force sensitive, describe the specializations and/or techniques in the Force that the character has learned, detailing the level of mastery of those techniques, along with the level of proficiency in lightsaber combat.