Lookin' to start a Ruckus!

Hello y'all! You'll have to forgive me for the double pun, but I'm looking to get my character Ruckus out into the story! So I thought I'd put some bullet points of both who Ruckus is! Just to catch your eye and see if he's someone y'all want to story around with.

As for what kind of stories you want to do with him, I'm open ears to just about everything! 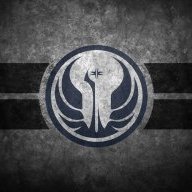 A man of both sides