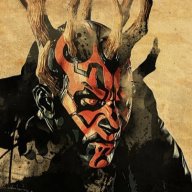 “Nothing kills a Sith faster than another Sith.” -Darth Bane.


After the battle of Taris, Raksis was awakened- not by the intense agony that shot through where his entire lower half should’ve been.

But from a familiar visage who stood about ten feet away.

“What did you tell yourself before Vahn rendered you useless?” Darth Bane, or at least his ghost, mocked and folded his arms in disdain.

“Pain is temporary!!” Raksis hissed as he began crawling towards his true and only Master, forgetting and leaving behind his vibro swords- he still had the kyber crystals around his neck. He pulled himself with his forearms and chin, dragging his dying body closer to his master- who disappeared and reappeared another ten feet away. The Sith Lord seemed to be leading the fallen Dathomarian somewhere.

“Pain is subjective- IRRELEVANT!!”
Raksis scoffed as he roared in agony of his deteriorating self. I will not perish!! I will not end!! I will see my Vision come alive!! I will see the end of the heresies of my Order!! I will kill those who oppose my will. I will end those who try my power. I WILL CRUSADE AGAINST THOSE DAMNED HERETICS.

“And before you say that last part- who brought you to this state of weakness? Who threatened the completion of your Vision?” Darth Bane suddenly became the very thing that fueled Raksis to live on.

Vahn Berand stood in Bane’s place. Raksis dragged on, this time, viciously clawing forwards at the visage of his mortal nemesis until he fell down a pot hole, feeling every last bump until he landed in a pile of rusted scrap metals. He roared again- but not in agony -in pure unfettered rage. The metal around him began to respond to his violent expulsion of the Force and began wrapping around and le riding Raksis’ body, forming four crude and distasteful looking legs. From the legs, he orchestrated a spindly stinger. The metal also extended out of the Dathomarian’s hands, giving him serrated claws and an even more terrifying look.

Darth Bane gave him a new purpose. A new calling. A new Vision. A world not without Jedi- but without Vahn Berand. Raksis vowed only to die when Vahn perished. As long as Vahn’s soul was still connected to his mortal flesh, Raksis would live on to haunt the Jedi Knight.

But he wouldn’t settle for just the Jedi- but for his “Sith” brothers and sisters that abandoned him to the god forsaken planet. Raksis would dwell as a terror in the sewer and junk systems of Taris where he would plot the downfall of everyone besides the shrouded visage in the Dathomarian’s Vision. He would find out who would be one of the remaining two Sith by simply killing them off himself. Maybe he would lure them to infighting, or bow and serve as long as they shared his Vision and worked to ending the other weaker Sith. XENO...First, yes...Yes, I will slaughter him first...Then Vuul...I will rip his face open to feel the natural gasses he hides from out of PAIN and AGONY....WEAKLING...I will gut Vizim and EAT STOLAS ALIVE...Emryc is a powerless coward- HE WILL FEEL THE WRATH OF THE SITH HE WISHED HE COULD AMOUNT TO...As for Andruil and Tiamat...further planning required...yes, they are...too much...fun, hehehHAHAHAHAHA...Ceryc, Asminys, and Occidius...They should kill themselves while their at it. They are all waists of time- TIME I WILL SPEND FLAYING THE WEAK AND HUNTING THE DAMNED VAHN BERAND!!!

His Vengeance was Forever.

His Anger was Unquenchable.