Ok so blah blah midichlorians dumb and everything. I had a question though. If a non-force sensitive or something with little to no midichlorians, received an organ transplant from a force-user donor, would they then receive partial midichlorians from that force user? Meaning they could now use the force??! I'm guessing the midichlorians would just "die" or something if a transfer was attempted though. Considering if it were actually possible and if common sense was in the star wars universe, Jedis and Sith would just be hunted down for their midichlorians. 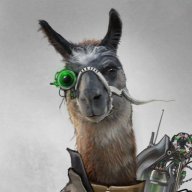 Midichlorians only indicated potential force sensitivity- they’re not a guarantee of anything. And since midichlorians are apparently sentient it follows that their host is a conscious choice, and they’d likely just abandon or ignore a new host after a transplant. And also, midichlorians dumb.