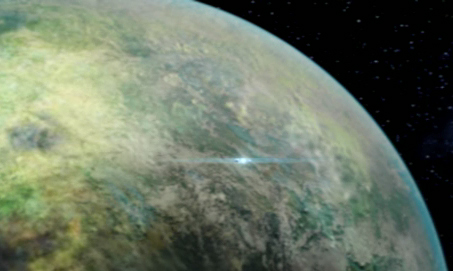 Onderon is a planet within the Inner Rim of the known galaxy. It is located in the system of its same name, within the Japrael Sector. It has four moons, one of which, Dxun, periodically shares the same atmosphere as the world itself, as they are so close in proximity. At a certain time during the seasonal changes, they become so close, that the flying beasts known as Drexls, previously found only on Dxun, are able to migrate to Onderon. The other three moons are Dagri, Suthre, and Evas.

The planet itself consists of mainly forested areas, plains, and mountainous regions. The walled city of Iziz is the capital of the Onderonian nation, and one of the few habitable locations for its native human species.

The form of government found on Onderon is a constitutional monarchy, currently ruled by King Jagged Feral.

The military is divided into two main groups; that of the ground forces, and the Onderonian Navy; both of which are controlled directly by the King and the few men he deems fit, such as his advisors and generals.