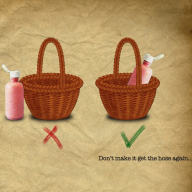 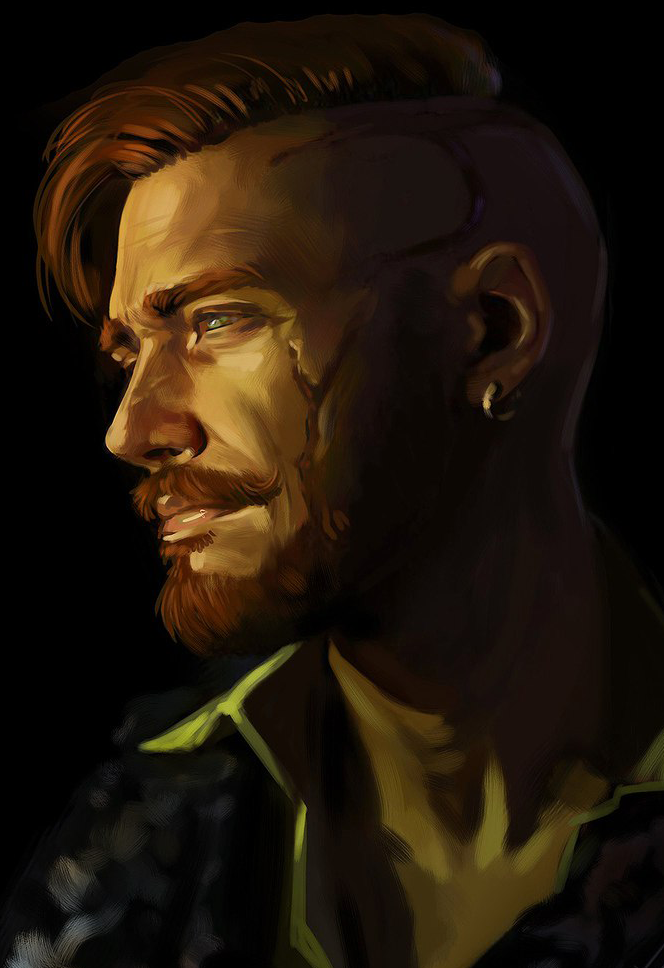 .​
An accomplished Smuggler that seemed to be a man taken out of time, reminiscent of the golden age of rogues — charming, self-assured, shrewd, devious, worldly, adventurous, level-headed and driven, with a code he lived by. The man embodied the aspects of a life of crime that novels were written about, the feelings of awe and wonder behind expressions like 'Honour Among Thieves'.

For a well-liked, well-connected individual, very little is known about him. Even his name remains a mystery, those who know him referring to the man only as "Pin". When pressed on the nickname's origins, these acquaintances of his seem to either shrug or spin fantastical tales of legendary proportions.

Some fan favourites include: Born to royalty but forced to flee his homeworld and abandon his name after a coup d'état, and is now referred to as "Pin" — as in "King Pin" — because his followers can no longer call him "Your Majesty". Or, the man dove on a grenade to shield an old woman, who turned out to be an ancient Force Mystic that not only restored his mangled body in gratitude, but also gifted him with the ability to see through lies and sense hidden treasure, leaving the scar on his face — which is, supposedly, where the melted Pin of said grenade fused with his flesh — as a mark of his Heroism and Bravery.

Insightful, competent and crafty, the red-haired individual is an old hand at dealings with the underworld and a particularly charismatic leader, despite not having a power-base that might afford him the ability to stand at the top of the criminal food chain. Pin moves with purpose and typically pursues his goals indirectly, with few, if any around him ever knowing the full story, and goes to great lengths to ensure those working with or for him are content and working at their best. Having established himself as this Mastermind that takes care of his people, the few that gather around him tend to hold the man in very high regard, none more so than a particular young woman that he took under his wing and came to see as kin.

Having heard that a Corellian Pilot, and budding Smuggler has suddenly found himself at odds with his next target, Pin has leapt at this cheap, motivated labourer, and offered to recruit him for the job, in exchange for clearing his debts and — of course — the much needed opportunity to stick it to the people who crossed him. All he needed to provide, aside from his skills, was an extra, capable pair of hands.

Backed by his adoptive daughter's skills as a slicer, the two Corellian Pilots in his pocket and his ship, The Fool's Errand, the old smuggler prepared for the biggest job he'd ever pulled. One that had taken him a very long time to plan out, and one only he could see through.

To serve as both mentor and antagonist to Callahan McKoy, Kiara Shan and Morgan Arcas, and a major driving force, and active part of their personal story arcs. May become a crew-member in the future.