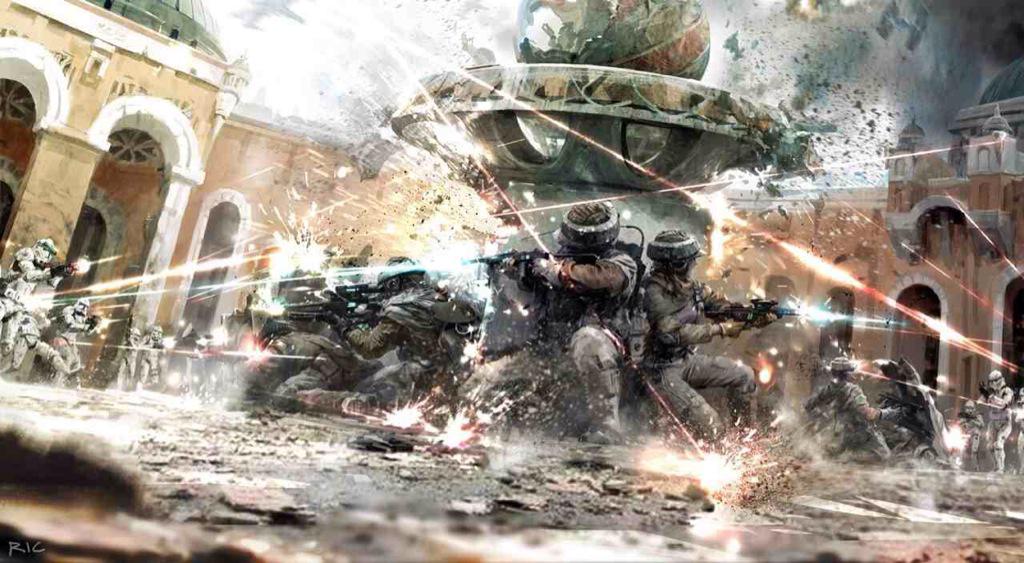 How Should PvP Posts Be Written?​
Unlike many posts on the site, PvP posts should not be long essays. While I would not go so far as to say that no emotional, environmental, and descriptive details should be present, they should generally be kept to a minimum. Instead, posts should generally include only those details that are relevant to the conflict. The exact method for description will vary from author to author, but below is a list of common and useful things to include in a post.

For gun combat: 1) how many shots are being fired (do NOT say "and then he fired a spray of shots" as this is entirely too vague) 2) what weapon is being used (if carrying multiple firearms) 3) what range the shot is being fired at 4) what part of the body is being aimed at

Also when writing PvP posts, attacks should not be written as already having been completed. "He swung his saber horizontally and the blade passed through his opponent's neck, severing his head from his body" would be a pretty solid example of what not to do. It is not permissible to have an attack land in the same post that it is written. This is called "autohitting" and is strictly prohibited. Instead, the above attack could be written as follows: "He swung his sword horizontally from left to right, the blade aiming to strike his opponent's neck and decapitate him." In this example the intent of the attack (decapitation) has still been explained, but the action has not been confirmed as having already occurred. This is to ensure that an opponent has an opportunity to counter the attack. Shared Time and Interrupt Actions​
Your character’s actions do not occur in a vacuum. PvP is not a turn-based RPG, and your opponent will not simply sit by and wait for you to finish all the things you write in your post. If you write your character running 100 meters, this takes time, and your opponent has that same period of time to attack or interrupt you.

Shared time is the concept that while I am doing an action, you can also be doing other actions. We do not take turns doing things.

Attacking an enemy while they are busy doing something else is known as an interrupt action. If your character is interrupted, you may not retcon any of your action before the interrupt (these actions are "locked in"), but you are not prohibited from doing an additional maneuver if it does not interfere with what you have already written. Actions that you originally intended to do after the interrupt may still be changed. Attacks that were originally written for the period after an interrupt must be "reaffirmed" in the subsequent posting round. 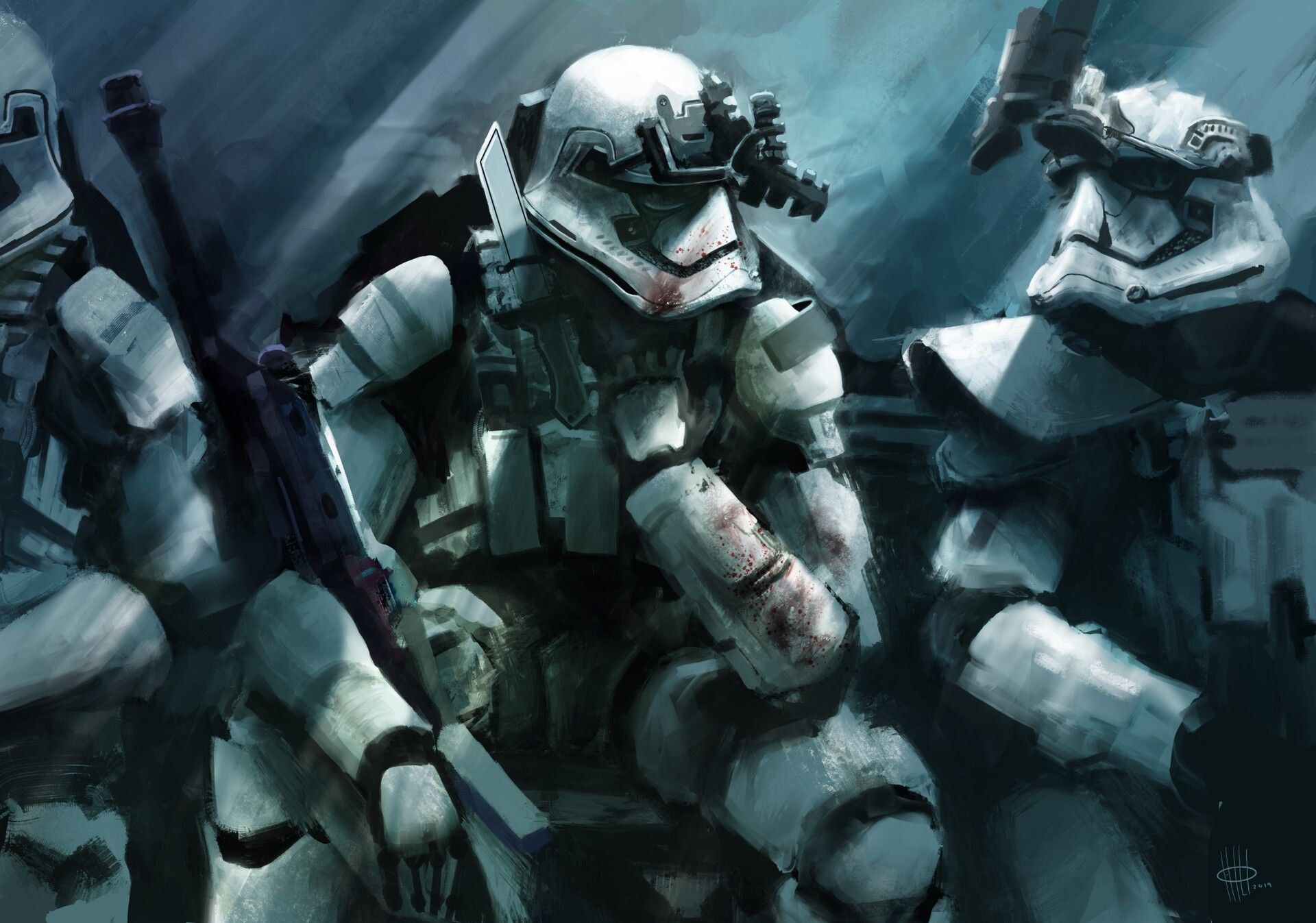 Compromise and OOC Disputes​
Let’s examine a hypothetical disagreement in which your enemy dodges your two blaster shots fired at him. Perhaps it’s slightly unreastic, but not an egregious rule violation (this is the case for almost all reports as both parties are usually at least partially wrong). You think they should be hit by both shots and they think they shouldn’t be hit by either.

First, you should decide if it needs to be mentioned at all. Most of the time, you should simply accept what they wrote and continue with the thread. This should account for almost all resolution. If you really feel that it is something that should be mentioned then lay out your point of view and offer a compromise in a polite and calm manner. If the two of your can agree, then the thread gets to move on and it is more enjoyable for everyone. In this case, let’s say you both agree to a single glancing blow from one of the shots and a dodge of the second. The glancing blow wouldn’t be debilitating and you move along and enjoy the thread. The above process should solve 90% of disagreement. Collaboration should be used to solve most disputes. OOCs should be used primarily to clarify things, not to bring up disagreements and argument.

In the event that both sides are unwilling to either compromise or drop the issue a report may be submitted to the admins for a ruling. This may only be done in story-significant PvPs and reports may be rejected if there is not proper justification. The only time that a report may be made without an attempt at compromise is auto-hit reporting. If an opponent makes a defense that is obviously inadequate (an extreme example would be someone saying that they catch a 5,000kg stone with their bare hands to avoid all damage), rather than give the opponent a chance to edit their post so they can evade the damage, it may be reported.

If an agreement cannot be reached and the thread is not eligible for a report, the burden of dropping the issue and moving on rests with the individual who is either 1) seeking damage on another person or 2) seeking edits to a current post. In the above scenario, that means you, since you are the one seeking damage to the other combatant. Now that the issue has been dropped, the thread will move forward.

Let it be clear, however, that after a thread is concluded, poor OOC behavior may be reported to the admins who will be tracking such behavioral reports and reviewing OOCs. Poor behavior and refusal to compromise may result in a PvP ban without warning and their character being ruled dead retroactively. In other words, both parties refusing to compromise should be an absolute last resort, as the penalties are guaranteed to be harsher than compromise. Force Powers in Combat​
The Force is an integral part of combat, but it is not invincible. Force use in combat is generally governed by a character's concentration and exhaustion. Characters who are attempting to use the Force to attack or defend themselves in combat are going to have an easier or more difficult time depending on the state of the character in question.

The second most important factor for determining success of an attack/defense is a character's exhaustion. If the character is wounded, has been extensively using Force powers, or is attempting to do powerful Force powers repeatedly they are more likely to fail simply because of exhaustion. Even powers that are highly draining to stamina can be used for multiple rounds before exhaustion starts to take hold.

Finally, the equipment the Force user is carrying will have an impact on their abilities as well. Characters who have spent their time learning to use blasters and special tech (people who carry rifles, pistols, grenades, etc.) will be significantly less capable with the Force than those who focused on more traditional techniques. Likewise, those who use medium and heavy armor will notice their speed, agility, flexibility, and lines of sight for deflection severely hampered compared to those selecting robes or even light armors.