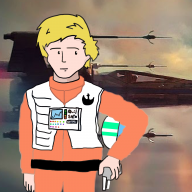 Hello, I am Quil Sato.
I work against the First order, as a rebel pilot. I have worked with Poe.

PERSONALITY:
Doesn't think he's a big fighter but would always be up for a big attack against the First Order. Likes to spend time alone with Droid. likes Relaxing music/dubstep too, Good at maths and science. always thinking and training and his X-wing. doesn't have much friends.
BIOGRAPHY:
Lost in the deserts of Tatooine, living in the era of the prequel, original and New era of Star Wars, Species (not determined) allows Quil to live longer, but not immortal. can still be killed from anything yet getting old. looks like human (was originally the son of Luke Skywalker)

FORCE POWERS:
No force powers at start, yet can be teached the force if comes in cntact with somebody high in the force.

SKILLS:
Good at flying X-wings. But (like Poe) can just about fly any spaceship.

LIGHTSABER/SWORD FORMS:
Can learn lightsaber duelling, has a Blaster (pressumed to be Han Solo's, Although won't have it in Prequel or Original trilogies) Nothing else.
STRENGTHS AND WEAKNESSES:
Strengths: Good at flying/getting out of situations. Weaknesses: Falls in love alot, Low league status.

GRAND TOURNAMENT MATCHES:
none yet. 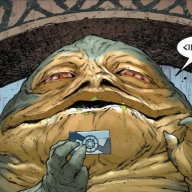 Right then, I saw your status update, so I thought I would have a look at your character. Firstly, we are not in the same Era as the most recent film I am afraid, we are in the Old Republic Era, and you can find this out here, in the story section. Your character also needs a bit of work so that it meets the standards of Character Creation, which can be found here.

I would suggest looking through the creations of other players, to see what sort of characters other people have produced, and what sort of information they have included. Once that is done, I will be happy to take another look and provide some feedback if you would like me to.
You must log in or register to reply here.
Share:
Facebook Twitter Reddit Pinterest Tumblr WhatsApp Email Link
Top