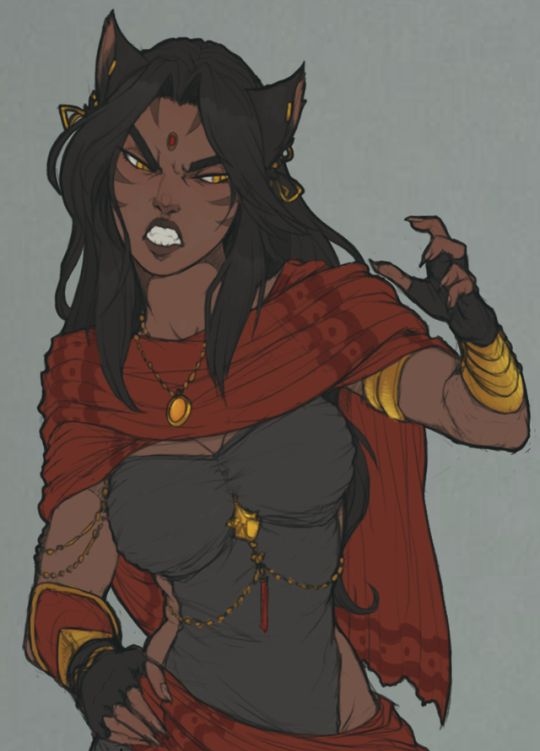 
Tayana Gelmas, was known as an expert slaver among her fellow Zygerrians. She would arguably sell the best stock of living product in the galaxy. But she started wanting more for herself and did not like even the regulations of the Zygerrian Slave Empire. Tayana had been ruthless before, cut throat and not wasting a moment on anyone that was not worth making money. Subjecting slaves to harsh conditions she was both respected and feared by her fellow slavers.

However there was plenty of money to be made in all areas of space and Tayana did not descriminate where to acquire her product. Hiring raiders, pirates and mercenaries she had them kidnap and enslave groups of people all around the outer im out of the Sith Empire. It was around Mirial that she harrassed many caravans of merchants, taking both their wares and the owners of those same goods. But she did not stop there. Tayana's greed pushed her to even daring to enslave citizens of the Sith Empire.

If slavery and piracy was not bad enough to gain a bounty from galactic authorities, Tayana made an enemy out of the Sith Empire by attacking Mirial and Imperial Citizenry. Both of which a certain member of the Dark Council care significantly about.


The client is The Sith Empire. She is believed to be residing outside of the empire so it is open for anyone to try and hunt this bounty.

*A body is required to prove a kill.
**This ship cannot be a capital-class ship

This NPC target must be found through a plot due to her elusive nature. Please tag a member of staff in the thread below to DM the target; but be advised, the thread featuring combat with the target will be treated as normal PvP, with all of the applicable rules, and will be death-enabled.