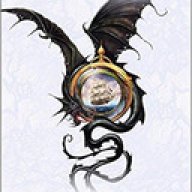 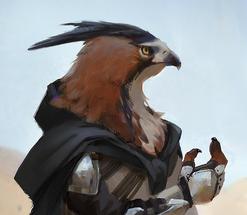 Pyeth was born and raised within the Raffinki nest, named after the river from which the tribe drew water. His upbringing was typical and once old enough he began assisting his parents and other members of the tribe.

He became interested in medicine after his mother fell ill one frost time, pursuing this interest he studied under the healers for sometime before encountering the lowlanders. After being introduced to wondrous technologies by infrequent merchants, he began experimenting and learning from the objects they purchased and wasted as a vanity for one's nest. This did not sit well with his elders and the young Rishi was frequently scolded.

It was early in his juvenile years that Pyeth was first introduced to the Jedi. Tensions between his tribe and the local mining industry had been bubbling over, causing minor skirmishes during the winter months as the Rishii struggled to compete with a recently acquired industry. Equally, a mysterious plague was afflicting the tribe, affecting many of the older members. When the Jedi came he and many of the others expected further trouble, perhaps warriors sent to try and push, dislodge them.

However, Pyeth was pleasantly surprised when they approached the situation diplomatically. Initially, he ignored the pair, but after witnessing the eldest of the pair tending to the wounded and sick she piqued his interest and Pyeth wouldn’t be far behind trailing them or asking questions about the outside world. Once the situation had been resolved, however, the pair left.

Less than a year later, Pyeth would undergo a ritualistic hunt with his fellow clutchmates to prove their worth to the nest. Fashioning a spear from scraps and technologies he had gathered, the young Rishi would join his friends Aashi and Vedas in the hunt. Wishing to win the contest, the group agreed to prey upon a pride of Krak’jya that had been giving the nest some trouble, attacking livestock and driving wildlife further from their hunting territories. After spending several days preparing their ambush, they managed to wound and corner the beasts, when a new rival entered their arena. A Maungar drawn to the fighting and scent of blood turned their own design against them, as they attempted to flee Aashi became trapped in brambles.

Pyeth, not wishing to abandon his friend to her death, rushed to her defence, in the ensuing melee Pyeth was injured, coming close to death before somehow pushing his opponent off balance, allowing him to deliver a killing blow, saving Aashi but not before succumbing to exhaustion.

Pyeth woke up in the nest, to find himself subject to a case for exile brought against him by the hunt masters. He killed a sacred beast and while Aashi came to his defence the Vedas did not. Fearing he would somehow bring retribution upon the tribe, the decision was taken to exile Pyeth from the nest.

After leaving the nest peacefully he moved into the valley to take jobs from low-landers as a guide. This enabled him to learn a variety of galactic languages and two years later was fluent in Bothese, Rodese, and other popular galactic languages.

It was around this time, at the age of 15, that tensions began rising again after the local mining industry was taken over and old agreements are forgotten. When Pyeth attempted to return home, hoping to somehow defuse the situation but instead found he made the situation worse. The Chieftain was fully aware of his exploits in the valleys below, using it against him and forcing him once again from the nest.

Frustrated, he began his search again for the enigmatic Jedi, hoping they might somehow mediate the issue as they had done half a decade ago. Calling in some favours from past clients, he managed to track them to one of the larger settlements. When he arrived he found the eldest alone and partitioned her to help him. After recognising him She agreed on the condition that he assist her in doing so.

Pariah found the company of tutor Nataya difficult, her assistance did not materialise the way he initially expected. Taking the backbench, she provided only guidance mentoring him through the process as he attempted to find a diplomatic solution. More often than not, he failed and still, she would only step in when she deemed it necessary.

When he finally managed to secure an agreement, he was offered to join her, as she went off the world to deal with other situations across the galaxy. He agreed, as the years went on he began to respect her method, actively encouraging him to explore his own skills and nourishing new ones. Even allowing him to study areas outside the traditional scope of a Jedi’s training such as the sciences.

Slowly but surely he learned the teachings his master had to offer and building new connections to like-minded individuals within the order. As the Sith began to reveal themselves, he became more involved in the Order, seeking out and tending to the wounded in whatever way he could.


At a surface level, Pyeth possesses an inquisitive mind underpinned by a flock mentality. The Jedi Order is his family, and he is devoted to their core tenets although not without question.

Despite his exile, he harbours no ill feelings towards his elders but isn't immune to the frustrations it has caused him and one day hopes to return to them ideally when the galaxy is at ease.

This background has made Pyeth more sensitive to the traditions of other species, and he is noted to be abhorrent to interfere or contradict them, particularly those of religious significance.


Pyeth is multilingual, having a good grasp over most common galactic languages. He would call this his greatest strength, second only in usefulness to his understanding of traditional and modern medicines. During his free time, he helps maintain botanical gardens and maintains a private collection gathered from his homeworld, although he would not call himself an expert.