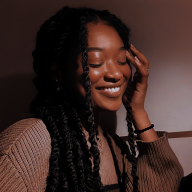 “Something loved is never lost.”

Her father said these words to her in the days after her mother’s death. Malou remembered them clearly, from the shaky vowels in the way her father said those words, to the raised veins in his hands as he gripped the back of her chair as tight as he could. When he repeated them a day later, dressed in all black and standing before her mother’s casket, they lacked the same vulnerability. He could not afford to show weakness, even at the funeral of his wife and unborn child, in front of the Serennian nobility.

This was one of Malou’s earliest memories. She was only three when her mother passed, and only three when her mind matured to true consciousness. There was once a time when death was so foreign to her that she could not be too saddened by it, but now that she was older, it pained her. It did so in the way one grieved the loss of opportunity more so than in the way one grieved the loss of a loved one. What would her life have been like should her late mother not have passed away? Would her father dote on her as he doted on Jerôme? Would she have a younger sister to play with, teach things, and whisper secrets to? Would her mother have taught her the ways of the Force as Artorgias now did? Would she do it differently? Would it have been better?

Truth be told, Malou knew little of her mother. She knew her maiden name, Aelis Dovok, and she knew her mother was from the Miralukan homeworld of Alpheridies. Her father avoided talking about her, so Malou had even less to go off of. She would have to do some research.

Her father greeted her at the door to her Serennian home, standing there in one of his tailored suits and looking down at her with an unfamiliar grin. It threw Malou off. He came to meet her? He knew and cared for her return? For several moments the blindfolded teen looked vaguely in his direction, though her attention was intently focused on her father’s face--the shifting of his pupils, the subtle twitching of his facial muscles, and the slight arch of his left brow. ‘What changed?’ Never in her sixteen years of life could she ever recall him greeting her in this way. She wanted to be happy, but some amount of suspicion held her back.

They began to walk. A servant trailed behind them, carrying Malou’s luggage bag. Her father began to chatter about different things, and she was only half paying attention as he did so. Her mind was busy trying to determine why he was treating her like...like he treated Jerôme. It was only when he moved on to questioning her about her training that she snapped back to reality.

“It’s going well,” she replied with the beginning of a smile. “Lord Wessex is a good master. We have accomplished many things.”

“With your training?” Malou could see the slight arch of her father’s eyebrow as he regarded her sideways in a sudden bit of curiosity.

“Yes, with my training,” she added quickly. The last thing she wanted to do was tell her father of her and Artorgias’ expeditions on Exegol, or how she helped him establish a kingdom centered on Namadii. He didn’t deserve to know. After all these years of neglecting her, she felt no need to keep him in the loop. “I’ve learned many things, such as how to fly a ship and-”

Malou was interrupted by her father moving his hand towards the back of her head, towards where she had tied her satin blindfold earlier that morning. She quickly realized what he was aiming to do, so in a quick motion she rotated her body, raised her arm, and blocked his hand with her wrist. Through the physical contact, she could feel irritation spread through him at her defiance. Within moments though, it cooled.

“Oh?” He lowered his hand back to his side. His visage darkened, and he maintained intense eye contact with her face. “Has your master taught you to defy your father, as well?”

“I-” Malou went to reply, but she was silenced when her father held up his hand. In her state of shock, fueled by the audacity of his actions, she closed her mouth.

“Have you forgotten that you only live your life with the Sith now because I allowed it?” The lively, charismatic voice afforded to nobility, business partners, and her half-brother disappeared from his tone and was replaced with the monotone sound she had grown used to hearing. “Did you forget, little Malou?”

Her teeth ground into each other as she jerked her head away from his hands. She could feel the heat of anger rise in her chest, but she didn’t dare let it loose. Even now, she couldn’t bring herself to fight back against him. So instead, she reached out her hand and pulled her suitcase from the servant to her, and began to stomp off towards her old room. She felt her father’s narrowed eyes on her as she left, but she said nothing to him in return.


-----​
Later that night, once the castle was asleep, Malou emerged from her room and made her way towards the kitchen. She had been summoned to dinner, but she had ignored the call. Because of this, the teenager was quite hungry.

After grabbing some good bread and good cheese, she made her way to the castle library. Like much of the nobility on Serenno, her father liked to keep a library even though the same information could be stored in a small data chip. It was a symbol of wealth and privilege. She was thankful for it, as this room had been a refuge for her many nights.

She started by looking her mother up. Pain filled her chest as the holonet resulted with things such as her obituary, but other things popped up as well. She was able to find public records about the Dovok family, as well as several news articles relating to them on Alpheridies. Birthdays on social media, events hosted by so-and-so, etc. The pain in her chest was replaced by curiosity. She had an entire other side of the family that she had never realized existed. Had her father kept her from them for the same reason he wished her to remain away from the Force for so long?

Malou continued to deep dive into the family for several hours into the night. Her face hovered inches from the screen as big brown eyes focused on the small text, and her fingers tapped quickly across the keys. When she read for long periods of time, it was easier for her to use her eyes as the text from digital screens was often faint. It would probably look a little silly to outside observers. Noting the time though, there were not any. In fact, she had left her face coverings back in her room.

Eventually Malou came to find a family tree, written in Miralukan. The teen had studied the language enough to translate it easy enough, so she scoured down the line. She glanced over various, unfamiliar names as she scrolled down the paternal line until one stood out. 'Limos Dovak?' The name was italicized, indicating there was more information available on the person. From others she clicked on, the extra information usually consisted of notable deeds, political or business dealings, or criminal records. Malou expected something along those lines, so when the words "Darth Izicinat" appeared on her screen, the acolyte was visibly shocked. 'A Sith Lord?' After only a few minutes of reading into this ancestor of hers, Malou only grew more and more surprised by the contents. This woman massacred thousands of her people, for a reason which seemed to be unknown. She was a member of the Consiliul de Sapte… 'Wait, I've read those words before.' Malou thought back to the crashed shuttle on Taris, and the plaque in Ur-Kittât on the wall. It read “Consiliul de Sapte” as well. Perhaps this was something she should look into?

That night Malou learned a lot about her family and her ancestor’s connection to the Consiliul de Sapte.This Limos Dovok--this Darth Izicinat--was described as a woman with dark features and a cunning personality. She rose to power after returning to Alpheridies from off-world, and began to take control of her family and the city. She acquired a small following, and eventually began to commit atrocities in the name of power. What was essentially genocide against the people of Alpheridies was commited by her hand so that she could "consume" the essence of the Force in the Miralukan people. Though details of her terror were sparse and vague, it was noted that she was defeated by a member of her own family and sealed away in a tomb alongside the thousands she killed. The woman operated through the power and influence afforded to her by the Consiliul de Sapte, of which she was a founding member. Malou could not decide if she was horrified, intrigued, or proud. The woman was incredibly interesting, but the atrocities she committed were, well, aotricious. And yet, Malou felt a selfish sense of pride knowing she was (albeit distantly) related to this ancient Sith Lord.

Also interesting to the teenage girl, was how Timos died. She was struck down by her own daughter with a dagger in a fatal effort of the kid to end her mother’s feast of her people. Timos had cut her daughter down to prevent this, of course, but her kid, Trishula, had pulled through in the final moments of life. It was poetic in a way, Malou thought, that such a powerful woman would be stopped by someone so weak. She tapped the screen to continue to the next page.

‘The Tomb of Timos?’ The next bit of the biography discussed the legend of the Sith Lord’s tomb. She was buried and sealed in a tomb located somewhere in the Alpheridian Alps, though its exact location was unknown. Legend said she was buried alongside thousands of her victims, which lined the inside of the tomb to serve as warriors against her escape. The ancient Alpheridians feared that because she possessed so much power in the Force, death would not stop her ghost from continuing to influence the living. ‘That is...so creepy.’ Malou continued to read, as though the idea was super creepy (and reminded her of a certain creepy cave she had once explored), it was also incredibly interesting. ‘She was buried with the saber she-'

At those words, Malou knew exactly what she would do. A lightsaber, especially an ancient lightsaber belonging to her ancestor (which she somewhat knew the location of) was too good to pass up on. Plus, if she already possessed one of the Council members’ lightsabers, why not complete the pair with another?


-----​
Malou returned to her room that night, and she fell asleep to the promises of adventure and the ambition of power. It was nearly eight in the morning when she finally dozed off. If not for an intrusion hours later, she might have slept into the late afternoon.

Not even three hours later, Malou woke up to the sound of rustling in her room.