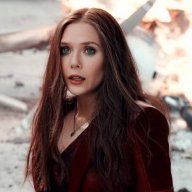 It was with a heavy heart and grave disappointment that both Jacques and Joaquin Aufreisser, former Cadre Masters from the cruel Cadre Project, came to a decision that the subject they had taken and raised as a daughter was becoming less of what they have envisioned for her to be the more she questioned the emotions she encountered and felt.

The Cadre Subject was raised to be loyal to the Sith Order and the one who led it. She was also raised to remain loyal to the Masters who took her in as a daughter. She was to follow orders without question, to be subservient to the Lords and Ladies of the Empire, to kill and even be killed to prove her undying allegiance to those she served. She had been perfect, and despite her cowardly nature the Cadre Subject had exceeded the twins' expectations. She was such a good girl, and as a reward they let her keep her free will and let her experience emotions.

What could go wrong, Jacques and Joaquin asked each other. Experiencing and mimicking emotions would prove useful for when she roamed the Galaxy. Emotions would help her lie and trick people more effectively. After all, sentients would rather trust lifeless droids than emotionless beings.

And thus the robot, the soldier, the daughter, had become the Liar.

There was a reason why love – any and all of its forms – remained a strange concept to Subject 0023. To the twins, love was neither a paralytic nor a bitter motivator – it was a handicap, an anomaly that corrupted the minds of those afflicted by it. It was the reason that the most they could give their perfect girl was their care, having experienced the sting of love's betrayal and delusions themselves. The heart was simply a mass of muscles and it did not feel. Love was not a disease of the heart but of the mind, and when their daughter Hrist had been exposed to it, no thanks to the Zabrak apprentice she had taken under her wing, they both expected the effects and impression it would make on their perfect soldier, their good girl.

"Father Jacques, Father Joaquin," Hrist had approached them one day, after her former apprentice had left their home. Montague had brought the Zabrak back with him after traveling to Serenno, and during the Masters' absence their daughter had deemed it a necessity to nurse the apprentice back to health. "Is it possible for me to feel more than just care for another being?"

Jacques had looked up from his datapad while Joaquin placed his cup of tea back on the table. Both eyed their daughter with suspicion, the curiosity their scientific minds tried to pour out being shut down by the thoughtful look on Hrist's face. They had encountered the Cadre Subject Tomoegata and his proclivity for seducing their daughter into discarding her loyalty towards the Sith. Their daughter, time and again, had expertly shot down every attempt from her Cadre-brother, but the way she asked her question had made them wary. Cautious.

She was not allowed to ask a question of that nature, nor did they expect that she would ruminate on the thought and even think to entertain a feeling more powerful than care.

The twins knew that love came in many forms, but they didn't wait to find out what kind of love Hrist might come to feel for Xeno Brogroo. Their perfect daughter had been infected by an anomaly; she had been compromised and it was their duty as Cadre Masters – retired they might have been – to fix her, to eradicate the virus before it could damage her further.

Jacques and Joaquin didn't bat an eye when they told her that she had become compromised by entertaining thoughts and feelings that went beyond care. The way she didn't complain nor question their judgement had been an honest relief, but they couldn't be complacent. A dataplague had compromised the integrity of the robot they raised as a soldier, a daughter. Seeing as they couldn't exactly eliminate her, they turned to a method that had been tried and tested numerous times on their test subjects in the past.

(It wasn't lobotomy, silly. It was crude and barbaric – not something gentlemen like the Aufreisser brothers would do to their perfect daughter.)

The Dark Side of the Force offered powers beyond comprehension. Along with their tools, former Cadre Masters Jacques and Joaquin Aufreisser took up the mantle of their former professions once more and with it, they would reconstruct the ideal Cadre Subject the Project had failed to produce.

The agonized screaming, they knew, would be worth it in the end.

[The sound of scribbling against what seemed to be a chipboard is barely audible in the background.]

Jacques Aufreisser: Pain means that the procedure is working. Can you stand?
0023: I-I– [a confused hum follows] I think so–

[A crashing sound, followed by a laborious grunt.]

[There is a soft whine of metal against metal. The Subject lets out a curious hum, followed by the slick sound of blood splashing against tiled walls.]