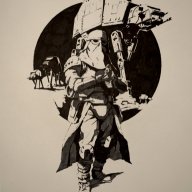 ► No​
BIOGRAPHY
Going by the informal title of Pitlord of the Crevasse, Maag Szyro is a Duros criminal ringleader affiliated with the Hutt Cartel. He rose to power in the time when the Cartel was still the dominating faction within the Five Syndicates. Starting out as an extortionist tasked with wringing the credits out of debtors to the Cartel, his aptitude for violent interrogation methods and apparent immunity towards the effects of those methods upon the soul made him a household name and a valuable asset to the Cartels.

A couple of decades before the current year, Szyro came under the patronage of the Maguradii kajisic, led by Bojarra the Hutt. She had ambitions for him beyond his role as an interrogator, seeing the cynical and calculated Szyro for what he could be: a cunning operator. Taken under Bojarra's wings fat flaps of Hutt jiggle, Szyro rose in the ranks and eventually got the opportunity to expand the kajisic's operations on Nimban. Bribing the necessary officials on Nimban, including the Head Broker's office, Szyro managed to set up a base of smuggling operations in a trench known as The Crevasse. Directing the base's operations under the moniker 'The Pitlord' for two decades now, he has become a ruthless operator and a cunning schemer. He is a difficult fellow to pull a trick on, and his punishments are severe.

After the Hutticide led by the Crymorah Syndicate, Szyro has lost contact with Bojarra the Hutt. He still operates his base for the Cartel, although the Crevasse is open to smugglers and criminals in general. Aware that the Crevasse could become a target for the other Syndicates, this old schemer is now considering his options moving forward.