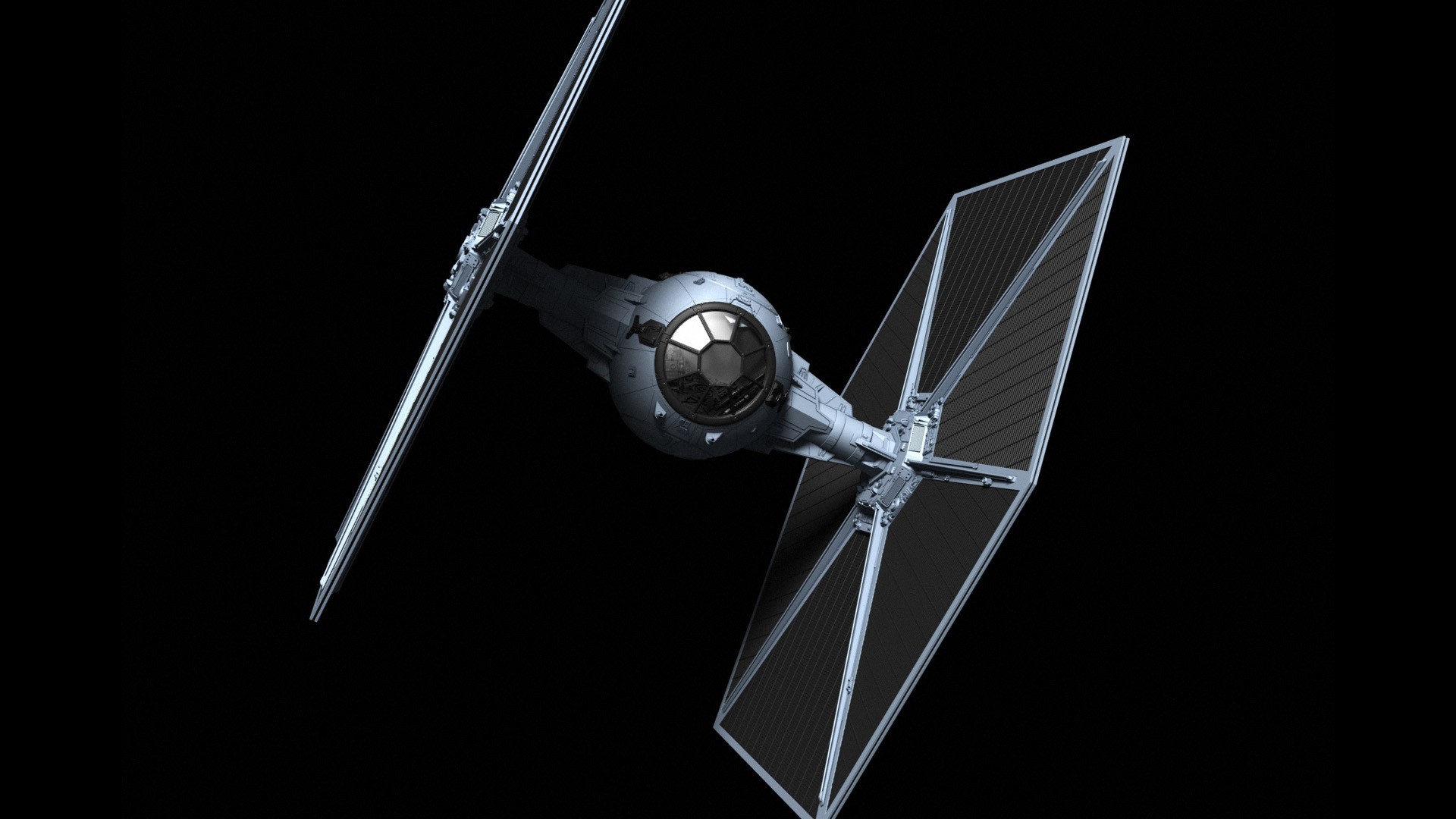 
DESCRIPTION​
The TIE/TD starfighter, better known as the TIE Trainer Droid, is a light droid starfighter originally manufactured by Sienar Fleet Systems for the First Galactic Empire. Based on the crewed TIE/LD used by the Empire's pilot training schools, the TIE/TD is nearly physically identical to its sibling, but is controlled by a simplistic droid brain rather than an organic pilot. This droid brain, a step below even those used by CIS droid fighters during the Clone Wars, is optimized for formation flying, simple astrobatics and the most basic form of battlefield tactical analysis. Never intended for frontline combat use, it was developed primarily as a semi-disposable aggressor unit for the Empire's starfighter pilot and anti-aerospace gunnery training programs. Imperial training ships and academies were typically issued at least a full squadron of TIE/TDs.

As droid starfighters go, the TIE/TD is nothing special. Not much more than a droid control system wired into an otherwise standard TIE/LD where the flight controls ought to be, it is capable of 100 MGLT, possesses no shields or hyperdrive (although these can be fitted for training purposes), is armed with two light laser cannons which can be de-tuned for non-lethal "tagging" fire and is, like the TIE/LD, constructed of inferior materials to the standard TIE/LN. Though theoretically possessing the same speed and maneuverability as a standard TIE, it is hampered by its droid brain, which makes it predictable and sluggish to react to changing combat conditions. As with all droids, TIE/TDs not subjected to regular memory wipes may develop distinctive personalities and skills, but given the life expectancy of a TIE/TD in service, these manifestations are unlikely.

Though restricted from civilian sale under the Empire, TIE/TDs are still produced by Sienar, and are easier to get hold of under the New Republic and Free Worlds. As they are not much more effective than a distraction in any kind of serious combat, they are not as heavily regulated as "proper" droid starfighters. In actual evaluations by the Empire, a single CIS Vulture droid was able to destroy an entire squadron of TIE/TDs without difficulty. Despite this, TIE/TDs are often used by criminals, law enforcement and cash-strapped militaries in front line roles; it should be noted that, after the Battle of Endor, several Imperial holdout groups used reprogrammed TIE/TDs for very novel purposes.


LEGALITY​
Legal. Though they are technically droid starfighters, TIE/TDs are essentially considered to be remotes under most jurisdictions, and are not restricted in most systems. They are, however, of extremely limited utility in actual combat.