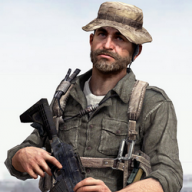 Eris was in the co-pilot seat of her mentor's ship. A part of her felt that she should be honored to be trusted to such a place, but the rest of her was just confused. Sure, she knew all the buttons, but she didn't know how to use them. She supposed that was why she was in the co-pilot's seat. She watched her mentor's hands, what levers he pulled, which buttons he pressed. At least, the ship had a steering wheel, that would make steering simple enough.

Eris's mentor was a kindly man named Jenton. He had dark, messy brown hair and some rather heavy stubble. He was tall, towering over her by almost a foot and a half, and very muscular. Eris had, at first, been intimidated by his stature, but after a while, he became a father figure to her.

"Press that when you want to land." Jenton told Eris, pointing to a square shaped button. "It'll extend the landing rudders. Pull back on the wheel." As he instructed her, he carried out all the actions himself, and within minutes they were on a strip on Coruscant, leading to what had been the Jedi Temple.

Eris exited the ship and ran down the landing strip. She pushed open the masive doors and held them for Jenton. Once he was through, he held the doors for her to come through. They walked down the hallway. Eris was fascinated. This building was so magnificent, so massive. She had only seen it in pictures. Now she was here, in person.

"Forgive me, master, but why are we here?" She asked, looking up at him.

Jenton looked at his apprentice and tilted his head a bit. "Do not apologizee for asking questions." He told her. "And we are here to meet up with some other Jedi. I need formal permission to train you as a Padawan, strictly speaking. And there may be someone who needs assistance. We'll have to wait and see.
You must log in or register to reply here.
Share:
Facebook Twitter Reddit Pinterest Tumblr WhatsApp Email Link
Top