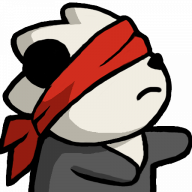 I think, perhaps, a good way to address Boli's (very valid) concerns would be fundamentally change how strategic or story objectives are decided. Plot progression and character action are difficult to make feel meaningful in a freeform system where there are few, if any, outlined win conditions. Traditionally this has been decided through messy PvP rulings or sweeping Admin action, which is perhaps not the best.

My thought is that, in the case of threads/conflict with site wide effects, to change to a participation based approach. Take for example, if someone wanted to invade a hostile planet. Tag the thread [Open/Faction Conflict] or whatever and that becomes the story thread. As it has been, if the thread is left uncontested then the aggressors carry on as they would a normal thread, if it sees action then say a 10 day timer starts for the whole thread from the first post of the opposition. From there post order can be maintained with a 36 hour timer for each side. With PC death no longer being a factor weighing over people's heads, that in turn makes post timer limits much, much less punishing from a personal standpoint and become simply punish the objective.

That in turn changes how conflict is played out, since direct PVP is no longer the most useful way to insure victory leaving the thread Open to explore new ways of contesting, defending or achieving the objective. After the thread timer runs its course, the side with the most posts following the start of the timer would be declared the victor. If a thread is equal and ambiguous at the end of the timer the thread could be extended or go to admin to judge which side put up the better fight.

That means, at least in the case of main story, that character power becomes slightly less critical and influential to the outcome. Instead the focus shifts to activity being the being the most important factor in deciding outcome with creativity and story telling coming in close second. I'm not sure if there is a way to completely curtain power creep over time but I think a loose structure like this could help to make IC choice, action and thought more effective and outright power less important, though obviously it will still give an advantage.

I apologize if I completely missed the core concept of Boli's post or if what I wrote is totally confusing. 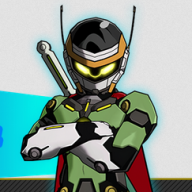 Lucid said:
After the thread timer runs its course, the side with the most posts following the start of the timer would be declared the victor.
Click to expand...

I like where your head's at in terms of thinking of new ways for it to be decided, but my only concern there is the possibility of people, intentionally or not, having the meta become quick posts for the sake of making posts. Or at it's worst having the time running close to ending and someone in the post order intentionally holding it up so they can either block a post from being made or get a post in under the wire before the other side has enough time to.

To say nothing of situations we've had in the past where factions just naturally become more active than others and thus not being able to have any other factions meaningfully contest them. 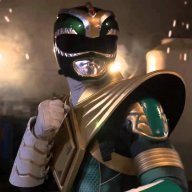 @Lucid: I think that I proposed that the staff shouldn't immediately kneejerk to introducing complicated, hard systems the moment they notice a problem in the meta of the RP, instead resorting to open communication with other members through announcements and discussions and the like to resolve the problem instead of immediately resorting to introducing new rules and mechanics.

You immediately introduced proposed introducing a set of new rules and mechanics to a problem that noone even knows will exist yet, because none of this has been pressure tested yet.

So you probably can see why I disagree with your idea >.>

@Boli that's fair. I just reread your post and yes, I totally missed your point and ran in a totally different direction.

That said, while yes, we don't know for sure that such a problem will exist, it has in the past and I don't see the issue with brining something up now. Even if just to mull over for two months. Personally I think the issue I outlined in my post was a part of the reason why the site became so heavily PvP focused with a structured plot system.

However I agree that communication and a certain amount of 'wait and see' should come first.

@Johnnysaurus Rex also a good point. It's an imperfect solution at best, but I thought to push activity first as the most rewarding thing someone can do. Post timers and whatever were simply familiar systems to work around. 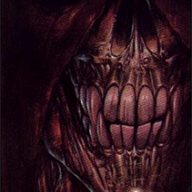 Just out of curiosity as a longtime member and at this point longtime lurker, how will the timeline "advance" within the rubric of freeform RP? I don't doubt that things became overly focused on mechanics and structure, but the timelines before there was any structure at all were just as problematic, in that basically nothing really happened within the sandbox except for small groups of players' characters who drove a site metaplot forward over time.

I would also say, as someone who has been RPing on the Internet on this and many other forums for well over a decade, that play-by-post roleplaying in general is on the decline and that the waning activity on the site probably responds to that phenomenon as well. SWRP has been largely spared the fate of most other play-by-post roleplaying forums because its setting is so deeply ingrained in our culture and is continuously revisited over the years in the form of new canon material being added to the franchise to keep people coming.

I haven't been active for ages, but I definitely noticed (and, honestly, way back in the day with Mars and Sreeya when PVP first became a popular dynamic, probably helped contribute to) the shift in the "meta" of SWRP's roleplaying culture over the years. I think the answer to the problem probably lies in the middle, but "the old days" were rife with just as many problems as more recent timelines. The core members of the site who have been here since 2005 probably aren't in a great position to realize that, because their characters were the ones driving the narrative to begin with.

tl;dr Is the idea to completely do away with a battle system or any kind of admin-assisted regulation in the way the site-wide plot advances? 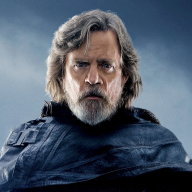 Jake said:
tl;dr Is the idea to completely do away with a battle system or any kind of admin-assisted regulation in the way the site-wide plot advances?
Click to expand...

We haven't discussed a battle system yet, but we will not be doing away with admin-assisted regulation in the way site plot advances. We're going to continue to DM, create events, etc in addition to players driving the story forward too.
You must log in or register to reply here.
Share:
Facebook Twitter Reddit Pinterest Tumblr WhatsApp Email Link
Top