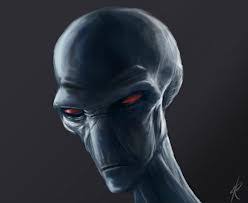 STRENGTH:
████
DEXTERITY:
█████████
STAMINA:
██████
INTELLIGENCE:
███████████
WISDOM:
█████████
CHARISMA:
████████████
Born Lorn Feles a name that he would go by for most of his life before adopting the name Virales after joining the order of the Sith Eternal. Lorn grew up on Duro in a middle class family average by all accounts. He finished his education and decided to pursue a career in medicine. However before formally finishing his education Lorn defected from the planet and became involved with crime circles effectively serving as an underground doctor. This drastic change was partially due to wanting a life of more excitement, perhaps keeping true with what the Duros are known for - a need for adventuring. While working within the criminal underworld Lorn developed a moderate degree of combat skills, usually taught to him by fellow criminals that he befriended. These included basic blaster and vibroblade training as well as hand to hand combat. Growing more more drawn to action that would go on in bounty hunter and smuggler circles he eventually grew bored of his underworld doctor life and once again changed careers.

Deciding to join up a smuggler group that he had previously offered his services Lorn's life as an active criminal began. As he had desired these 'missions' usually involved a degree of action, satisfying the young Duros's needs and subsiding his boredom. On one of these smuggler tasks he killed time during travels by checking around the cargo they were transporting - writings from some old library and grew fascinated with the knowledge within. This once again sparked his interest in scholarship and education so he decided to defect from the smugglers group in order to expand his worldviews even further, to uncover even more.

Lorn's research and travels eventually brought him face to face with a dark figure claiming to be a member of the Sith Eternal. The figure recognized Lorn's connection to the Force as well as the man's peculiar interests and skills and thus approached him. Surprised by the man's revelation of belonging to the Sith Lorn's Force sensitivity however was not a surprise to the Duros. He had already realized his own abilities and used them on a couple occasions, in a raw an untrained way. The Sith wondered if Lorn knew about his Force abilities and possessed such a curious mind, why didn't he seek out those who could help him, while the Duros calmly answered that he never could comply with the views of the Jedi, or at least what he knew of them. The statement might have been partially true but in reality Lorn had never met a Jedi and could quite possibly have accepted their guidance if one was to show up but this response was a way for the Duros to suptly get on the Sith's good side.

Taken into training within the Sith Eternal ranks Lorn quickly became adept with the lightsaber, his previous vibroblade training and experience proving quite useful. Now going by the name of Virales he chose to study as much as it was possible from the knowledge the Sith Eternal offered and focused quite a lot of time developing his Force abilities. 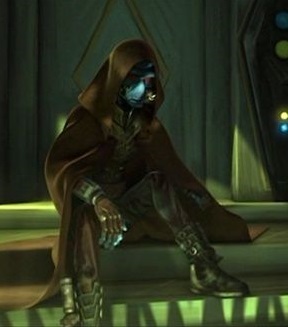 LucaCalm, well spoken, polite and charismatic Virales isn't what you'd expect a Sith to be like on the first sight. Though there was a different side to him. Virales was extremely manipulative and vicious when it came to something he held as important and was not above manipulating or even killing his own peers for his own good or progress. What he hated the most is ignorance and stupidity which was somewhat expected from someone who has spent the majority of his life trying to expand his perspectives and uncover as much knowledge as possible. All being said Virales, with his cunning and manipulative ways, is still able to appreciate friendship or kinship, just as long the person in question embodies the traits he finds admirable and shares his worldviews.

Mostly trained in Form II Soresu and Form VI Niman Virales's saber technique relies on capitalizing on the opponent's mistakes (usually goading and manipulating them into said mistakes) and divertion and treachery displayed in Virales's frequent use of Trakata and feigning weakness just to lower the opponent's guard. He is proficient in using blasters and explosives from his time as a smuggler and has extensive medical knowledge from his time as a criminal doctor. Though his focus was never purely on his dueling skills alone it was just because the brunt of that focus went onto studying and developing his Force abilities. As such Virales is capable of many frequent Sith practices such as Telekinesis and Force Lightning but also proficient in some rather uncommon Force practices, such as his ability to bury his presence and appear as if he wasn't a force sensitive and his usage of Drain Force.

Buried Presence was a skill he graduatelly developed ever since he joined the Sith even though many had dismissed the ability but Virales found that it opened posibilites for an indirect approach that he had in mind and still pursued his honing of the skill ignoring his peer's discouragement.