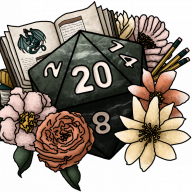 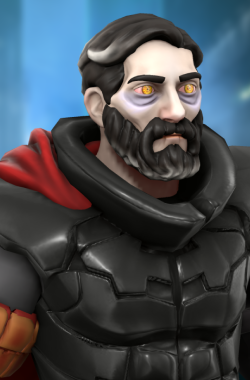 STRENGTH:
██████████
DEXTERITY:
██████████
STAMINA:
██████████
INTELLIGENCE:
██████████
WISDOM:
██████████
CHARISMA:
██████████
Zactar was born into the failed Serennian noble house Hakka, with a gambling and drug-addicted father and an absent mother that was tired of trying to fix her spouse. At an unfortunately young age, Zactar started working for a silversmith/jeweler to pay off his father's debts and hopefully restore some semblance of honor to the House name. He took well to using small tools and manipulating wire, which ended up snowballing into a lifelong passion for mechanics. His boss, however, was petulant and overcritical (and probably even jealous) of Zactar's work and offered only insults, both verbally and monetarily. It was during the outburst of Zack quitting that sparked his discovery of his Force-sensitivity.

Zactar hopped through a few smaller odd jobs over the years (mining, thieving, and laboring to name a few) until his late teens, when he took the money he had set aside to pay his father's debts and started up a small mechanic shop near the Carannia Spaceport instead. Zactar quickly learned he had NO patience for computers or software of any kind, and thus made the refurbishment of a broken BG astromech his first priority. His magnum opus was the restoration of a destroyed BNG Y-Wing that he’d originally acquired for scrap for his workshop. Unfortunately for Zack, his father kept an envious eye on his growing enterprise over the years and became spiteful for being kept from the success he felt his family rightly deserved. Zack's father confronted him in an intoxicated rage and threatened to take the family's share of his assets. Zactar responded in kind by beating his father to death with a hydrospanner; that short temper of his always caused him problems, but never quite this big.

Having fled Serenno aboard his remodeled BNG ship, Zack spent the next week in space seething and scrambling to pick up the pieces of the life he'd been building. Searching aimlessly through the starmap from BG-620, he felt oddly drawn to Korriban. He'd long ago read about dark magic from the planet and wanted to confirm if the tales were true, and what such power could bring to gain. With his course and mind set and his old life behind him, Zactar set out for Korriban, if nothing else to refuel, resupply, and maybe ask about these tales of sorcery he'd read.

Korriban was far different from his lush homeworld - some would describe it as unwelcoming - but Zactar felt strangely at ease here, and his curiosity only drove him to press on. The arrival port met his questions with promises of answers and had the naïve Serennian whisked away to the Sith Academy. His time at the academy was like a dream. The man who only ever hustled for his meager existence now had luxuries such as a library, infirmary, and teachers at his disposal. The most unbelievable part was that the Sith wanted to share this type of life with everyone! If only people understood how the Sith way of life could promote order and harmony, they would understand why we fight to bring the Sith Empire to every edge of the galaxy.

Zack learned his basics at the Sith Academy on Korriban and later apprenticed under an older Twi'Lek Champion named Vuren Lucira, shortly before the end of his master's life. He learned much from Vuren, including manipulating Force Lightning and even set him on the path of learning tutaminis. For the past decade and a half, Zactar has been training and accumulating the tools and knowledgebase he needs to help spread the Sith Empire to every far-off corner of this cruel galaxy.
PERSONALITY​

PRACTICAL SKILLS​
COMBAT SKILLS​
EDUCATION​
Despite his intelligence, Zactar still has an incredibly difficult time with his temper. He has become much more practiced at hiding his anger, but there is only so long he can tolerate it before an outburst is inevitable. Among his foremost triggers are working with computers and entitlement. He listens more than he speaks and has quite the affinity for lies and manipulation, using them to get what he wants rather than combat if possible. Zactar is incredibly devout to the Sith Empire; some might call him a zealot. In particular, he has always had great interest in learning more about Sith magic and alchemy but has yet to find suitable sources to learn from.