Ask Yavin IV A Lesson Worth Passing On 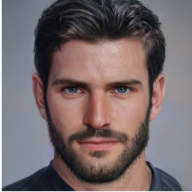 Even after all this time, there were still places in the Jedi Temple at Yavin IV that looked like they were still ruined. There were underground storage areas, satellite complexes, and even old Rebel Alliance bunkers littering the landscape of the temple under Yavin Prime’s ever present watch.

Vahn stood towards the back wall of one such half forgotten chamber. He was facing away from the entrance of the room with his gloved hands gently resting behind his back, his stance wide, the very image of stability. His dark hair was tussled, but still loosely swept back to keep his hair out of his eyes.. It was apparent he was ready for work, having discarded his outer robes and remaining clad simply in a loose fitting, dark grey tunic and black trousers cut in a style common to all Jedi. The glint of his slightly overlong, silver and black lightsaber could be seen hanging limply at his belt.

Vahn's hands were tightly balled into fists. He worked to keep his mind focused, but his thoughts wandered, toying with him impishly. Could he do this? He'd never trained anyone before... and he doubted he could train anyone as well as Aeva could. But he did have her words; her teachings laid the framework and foundation of his thoughts and actions to this day. They were worth teaching, worth passing on. Vahn took a breath, and focused on a single word, reciting it in his head again and again until it lost all meaning and his mind cleared of all thought.

Outside, the sun had set, but the chamber itself was well lit. Incandescent lights had at least been fixed to several places in the room, and Vahn had taken the time to prep the room. The center of the chamber had been swept out, layers of dust removed and replaced with a series concentric chalk rings with geometric diagrams and relationships sketched between the layers. Two tables had been set up on either side of the room, each laden with a messy spread of the essentials of instruction. Books, datapads, water, towels, and even an errant change of clothes laid across the two tables amongst other odds and ends..

Predictably, a kettle of some manner of tea sat warming off in the corner of the room, casting a subtle, spiced aroma into the air of the chamber. 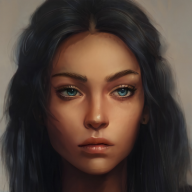 The padawan stood at the entrance to the chamber, the stark lighting washing over her and into a darker hall. His padawan. It was a strange sensation, like slipping into old clothes you'd long since abandoned. Rishe had grown used to existing on the fringe in the Order, her training and education being a patchwork quilt with the handiwork of a dozen different Knights and Masters, some of whom didn't even stay long enough to finish their own square.

Upon seeing the state of the room and it's single occupant, she removed her cloak. It was the one deviation from tradition she'd stuck with after Denon, though it was still the same soft, featureless brown as any good Jedi robe, albeit bleached by the harshness of Ossus' sun. Like Berand, she was in a long-sleeved tunic and pants, albeit in the bleak beige and tan color range. It would charitably be called old-fashioned, and the wider-than-normal sleeves were the only indication that she again broke from what was common, keeping her old Master's lightsaber holstered in a sleeve. Her hair was pinned back around a recognizable durasteel spike - one of the shorter variants, chosen so as to be innocuous, though a few stray curling locks defied the strict bun.

She inhaled, folding her cloak along precise creases and setting it aside. She exhaled, locking her determined blue gaze to his. Ahead of her stood a Jedi who'd freed a planet, captured Sith Lords, led the evacuation on Denon, and conquered horrors when others would falter. A pilot, a warrior, a man of severe accomplishment. And despite his own humility, she was certain his standards would be high. She'd prepared for it, trading a few hours of her sleep to ease rust off of old skills, and hiding away the dark circles with a few minutes' care before coming.

She was not sure what the first test would be, but she knew that there would be one. Ran had been relentless in her evaluation of the flagging Padawan, it was one of the few reasons Rishe was where she was now, and Master Ran had not even been a warrior. What would soon come would be more taxing... or so she thought. The room wasn't set up for combat, not entirely. The assorted furnishings and items in the room puzzled her, and as her eyes flicked over each item - the rings, the tables and their contents, the clothes and tea, too - she grew less certain of what was to come.

So the padawan bowed to Master Berand. "I wouldn't risk being late the first time. It would set a poor first impression." She said after she'd straightened up. It's almost funny - she'd seen and interacted with Berand more than any other Knight or Master recently. Whatever impression he had of Rishe, it was far past firsts or seconds. Yet this was a first for both of them. For her, there was an official feeling in the air.

Her hands laced together, and she said, "I'm ready, Master." Her stance was a reserved, yet contained intensity compared to his wide-footed stable authority. She'd get this right - this one thing right, whatever it was.

“My opinion of you could never falter because of a touch of tardiness, Rishe,” Vahn replied. It was true enough. She’d proven her character many times over by now. Resilient, intelligent, and with an iron focus finely honed into a razor point. If Vahn was like water, adaptable, fluid, and measured, she was a well forge iron; diamond hard in resolution and focus. He turned, and shook his hands out, working out the few jitters that had crept up on him as he approached his student.

He hesitated for a moment, looking skance while his thoughts ran away with him. The familiarity. Was he really doing this? He wasn’t Aeva, but she had left him powerful tools; lessons, skills that had allowed him to move through the galaxy. Could he even share them effectively? Could he communicate the lessons that he had received? He looked up at his eager student, his chest tightening with anxiety before relaxing into pride. She really was a lot like her in some ways. If anyone could understand the point of the lessons, it was her.

His confidence bolstered, he casually approached Rishe, scanning her up and down with an appraising glance.

“To start with, I’ll ask a simple question. Respond with what you think the right response is.”

He cleared his throat, and then thought for a moment, dredging up the old memories of drills and recitation.
“You’re escorting a New Alderaanian ambassador. They have to arrive at a hearing on the treatment of Outer Rim refugees near Hutt Space at Coruscant by noon the next day. There have been whispers of an conspiracy to prevent them from reaching the hearing.”

As he spoke, he pulled his saber into his hand, and casually set about tinkering with something under a protective plate. He switched the saber onto its training mode, incapable of delivering lethal damage but, by the Force would it smart.

“However, the Ambassador has insisted on staying at their quarters at the New Alderaanian embassy. Suddenly, the power goes out in the entire building. What do you do?” His mind was cool. Normally you could hear his thoughts, his emotions whispering when he was unguarded, but now they were strangely quiet. The river of his mind had crystallized into glacial ice.

A moment passed, and another. Then his saber snapped into existence and he took a powerful step forward. He held his blade high above his head, warding into a stable Form V posture. Before Rishe could respond to his question his blade was cleaving powerfully through the air towards her from shoulder to hip.