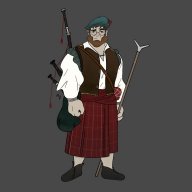 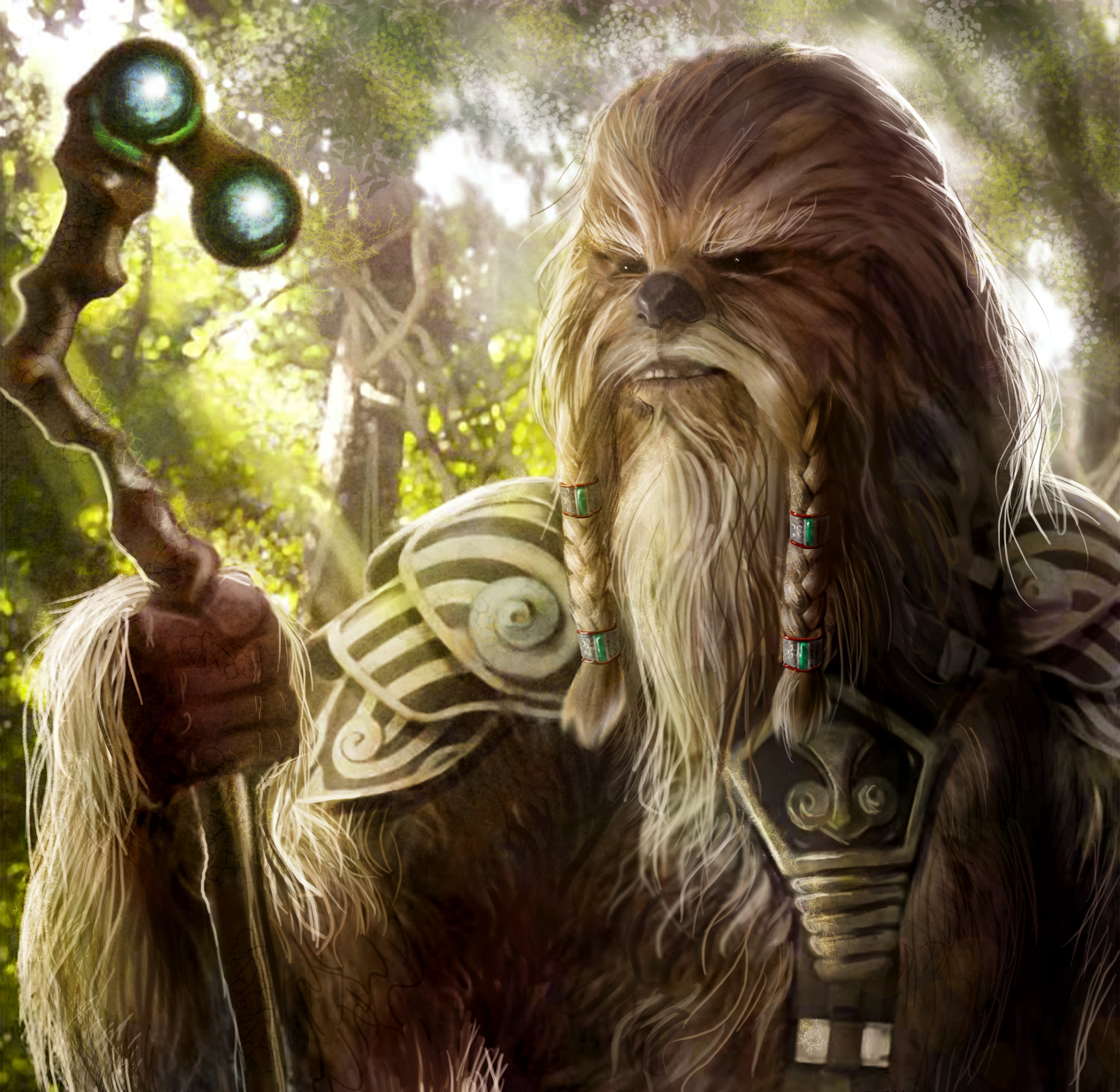 
APPEARANCE:
While Aezzairrfhowrrhudrrl towers over most humanoids, he is on the shorter side of the scale when compared to other Wookiees. However, he bears himself with a confidence and grace, and proudly wears the ceremonial armor of a Wookiee Chieftain. His fur is brown, and lightens to blond and then silver along his muzzle; a representation of his advanced age. Aezzairrfhowrrhudrrl carries a staff made from a Wroshyr tree, planted on the day he was born. The staff is both ceremonial and practical, serving as a support for the aged Sentor. A former slave of the Empire, Aezzairrfhowrrhudrrl wears scars across his back and his deactivated inhibitor chip on an amulet around his neck.


ATTRIBUTES/PERSONALITY:
Like many Wookiees, loyalty, courage, and pride characterize Aezzairrfhowrrhudrrl’s leadership style. He is notably slower to anger than most of his kind, but isn’t above using his height and appearance to his advantage. As an elderly Wookiee, he is less strong than a typical member of his species, however, he is still stronger than many humanoids. A longtime Chieftain before ascending to the office of Senator, Aezzairrfhowrrhudrrl's public persona is based on strength and fiery speeches. Those who see him behind the scenes, however, note that he bears the mantle of leadership with a weary, stoic grace. Aezzairrfhowrrhudrrl is fluent in Shryiiwook and understands Basic, although he relies on a miniature protocol droid, worn on his belt, to translate his speech to Basic.


PERSONALITY:
Aezzairrfhowrrhudrrl follows his species’ tendencies to be loyal and prideful, although he can sometimes set aside his pride in favor of the bigger picture. A staunch opponent of the Sith due to the Empire’s long-running history of enslaving his people, Aezzairrfhowrrhudrrl remembers their oppression firsthand. Aezzairrfhowrrhudrrl holds a disdain for the New Republic, whom he criticizes for their inaction in the war and their rejection of the Jedi, as well as a distrust for the ISC, who he views as opportunistic and dangerous given their military and nationalism. After the Sith bombardment of Kashyyyk and his subsequent public embarrassment at the hands of the ISC, Aezzairrfhowrrhudrrl's resentment has been further stoked.


BIOGRAPHY:
In his more than 400 years, Aezzairrfhowrrhudrrl bears the scars of countless battles, and had ascended to the level of Chief before the Empire came to power. He fought in defense of Kashyyyk when the CIS attacked, and shortly thereafter was enslaved by the Empire. He was fitted with an inhibitor chip and survived the Kessel spice mines, escaping with the help of a rebel cell called the Spectres. Aezzairrfhowrrhudrrl was named Senator of Kashyyyk in 145ABY.


SKILLS:
In his prime, Aezzairrfhowrrhudrrl was an accomplished fighter. His age has caught up to him, however, and his strength and agility have waned as a result. Aezzairrfhowrrhudrrl possesses strong mental fortitude, a byproduct of his previous experiences with an inhibitor chip.