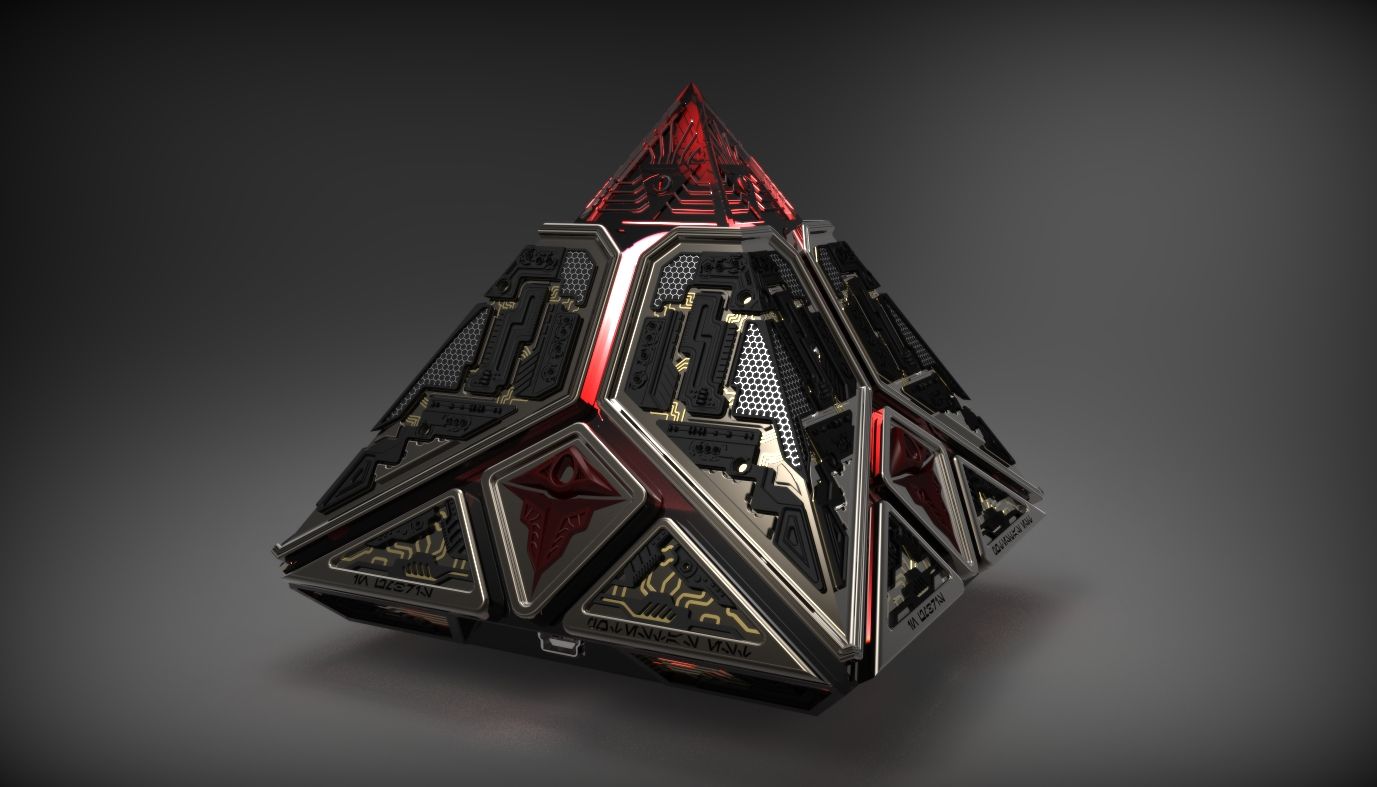 This holocron was constructed by Darth Kravos after his rise to Dark Lord. It contains extensive information that the Dark Lord learned throughout his career and includes some abilities in the Force that only he has learned. This holocron was recorded on Ossus after pillaging the remains of the old Jedi Archives. Detailed explanations and a full breakdown of the holocron's knowledge can be found here, though due to the interactive nature of holocrons, these recordings may not all be intrinsically accurate at all times.

As is customary for any holocron, the device can only be opened by one who is strong in the Dark Side. Darth Kravos acts as the guide and gatekeeper of the device. He is as cryptic in teaching as he was in life. In traditional fashion, the holocron's greatest secrets are locked away from those without extensive knowledge of the Dark Side. Most unusual about this holocron above others is that Kravos has peeled off a portion of himself and bound it to this object. Although he cannot project himself into the world, it allows him to continue on in some warped form including the ability to influence the defenses within his tomb.

The intention of the device is to prepare a future Dark Lord of the Sith to take up the mantle. Although many would take the title after the death of Darth Kravos, the sum of knowledge of the first Dark Lord is arguably unsurpassed. As such, it discusses not only his experience with the Dark Side of the Force, but also details what is required to be a proficient Dark Lord of the Sith.

Contained within the holocron are several rare abilities he learned throughout his career. Most secret of these is Force of Will, a mental defense technique that, even if taught to a lower powered Sith, cannot be mastered until the user has full mastery of both him/herself and the Dark Side. To rearrange one's mind is beyond the scope of many.

A more common, but still rare, ability included in the holocron is teleporation. Although this can be learned from others, it is still a difficult ability to come by, and this alone can be incentive enough for many to pursue the device.

The final sections of the holocron are arguably the most valuable and are concerned with death. Darth Kravos's career was marked repeatedly by a fascination with death-related abilities, and over time he obtained an extensive knowledge of the topic. First and foremost, Darth Kravos is the only surviving individual who knows how to create and control abominations after the death of Darth Evandrus. He placed his research and knowledge into his holocron. Also included is his research into the possibility of return of spirits in the afterlife. Although he determined that those of the Dark Side are unable to return like their Light Side counterparts, they are able to bind themselves to objects and places to influence the world around them.