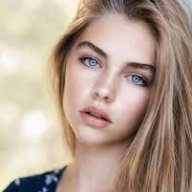 Brenna Ylva Egilson stepped out of the small shop on the rinky dink street with an air of frustration evident about her. She'd long since finished the task she'd been sent to Coronet City for in the first place, but while she was there she thought she could extend her stay a little while to try to find off the books work that she might gain a little extra pocket money from. So far, she'd had zero luck inquiring about work at some of the local smaller businesses. The bigger places all seemed to have plenty mercs and guards around already, so she had been hoping to get work from someone else in need of an enforcer for just a small job or some such thing.

All morning there had been angry looking fronts blowing in over the capital city of Corellia and just then an ominous rumbling sounded from the heavens, accompanied by vibrations that seemingly rent the air itself. The young Sith woman felt the thunder echo in her bones and figured it was about time she took a conveniently timed break. Normally a little rain would never curb her stubborn need to find work, but she'd been at it for a couple days already with no takers and was starting to feel discouraged.

The truth that she couldn't see was that she stuck out like a sore thumb with her deep crimson robes and lightsaber clipped to the front of her belt with no attempts to hide it. It was obvious she was affiliated with the Sith and the poor shopkeepers she had thus far approached were intimidated beyond measure by her and the potential implications of hiring her.

Wrapped up in her own thoughts - tending towards feeling sorry for herself at this point - she didn't register the threat as soon as she should have. She'd been striding past a narrow alleyway between two tallish buildings and the shadows were exaggerated because of the overcast weather. There crouched a would-be assassin or kidnapper with a powerful blaster rifle in hand. The sound of the shots registered first and Brenna reacted purely by instinct, throwing herself into a quick forward roll and throwing out a wave of Force energy with her left hand as she shot back to her feet in the blink of an eye. 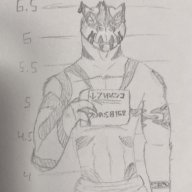 The large trandoshan groaned as he laid back into the creaking chair. The dusty room did little to impress the trandoshan, and he wanted nothing more than to go out and find some action. Some hound hunting would be a nice pastime while he was stuck here waiting for a new job to pop up, but these constant storms that had been rolling in with the season, ruining his chances of enjoying some sport. He already heard the sounds of the rolling storm clouds coming from the horizon. A loud zipping crack came from outside, and he stood up with a huff. The storm was already here? That hadn’t sounded like normal thunder...It sounded like blaster fire, from right outside his rental housing.

Did someone just get shot? He stood from his shoddy seat and sniffed the air, but didn’t smell burnt flesh. The tall scaled alien glanced around his room while he waited for some sensory from one of his hunter’s senses, to get some insight on just exactly what was going on, but his body already wanted to move into action. If there was a hunt going on, some action happening, then HE wanted in.

Tresshk was able to hold back his anxious tick for excitement, not just bolting out the door into potential death, slowly walking towards his counter. He pulled his pistol from where he’d set it aside, and moved up to his durasteel door, pressing up against the rusted metal as he waited for another noise.

Another shot rang out and it sounded like somebody hit the ground outside his door. A light grin came across his face as he breathed in deep...and then set off into action. Standing, he pressed the panel to open the door, the gloomy light of the remaining day hitting his eyes sensitive eyes. Even so, he was quick to assess everything in front of him, watching as some red-robes individual got up from the ground. It was two blastershots from across the way then that had Tresshk jump into action, reaching out with his lengthy trandoshan arm and gripping the caped robes, yanking the figure back with him into his building. Just as soon as he’d ‘saved’ her, the trandoshan moved to put her up against the wall, holding his blaster up to her guy as he let out a low, rumbling snarl.

“Hssssk...You’ve got five seconds, little red. Do I need to shoot you? Or will I have more fun picking off whoever is shooting at you? Maybe you could even make it -sssk- worth my while?” Tresshk spoke in his gravelly, reptilian voice, his intimidating scowl slowly turning to an eerie grin full of sharp, deadly teeth. He certainly had bravado to him, but he may not have been so confident if he had noticed the woman he was holding had a lightsaber on her hip, even if he wasn’t being outright hostile to her. Not by the standards of his kin, anyways.

Brenna Ylva didn't even have time to register what the effect of her powerful Force push against her original enemy had been when a second suddenly grabbed her outer garments and yanked her through a doorway she had failed to notice due to her distracted thoughts. An ugly green scaled reptilian hissed a few condescending demands at her, his rotten breath causing her to wrinkle her delicate nose in disgust as he billowed fishy spittle into her face.

Everything had happened so quickly, the young Sith woman was still operating purely on instinct as she hadn't had time to sort out what was happening in any logical kind of fashion yet. It was clear this scaly alien man was just another enemy, even though he seemed to have pulled her temporarily out of harms way of the first for some unexplained reason. He plainly didn't mean her good will with his blaster shoved painfully into her stomach.

Before the Trandoshan had even finished speaking, she made her move. Right hand grasped her saber from underneath the reptilian's weapon and ignited in the same instant. Brilliant red light flashed brightly in the room. As soon as she had her weapon in hand, she swept it up and across to cut the blaster right in half!

The large trandoshan’s eyes went wide as his heightened senses caught the sudden sensation of the lightsaber’s ignition, his instincts leading him to jump back as both Brenna Ylva and the two halves of his blaster dropped to the floor. He was left there standing in the middle of the room, imposingly taller than the woman, yet it was his heart that started to beat as his mind raced for answers, because of the glowing blade in her hands...

“Some sssorta Jedi, huh? Alright, maybe we can work this out. Surprised you have someone hunting you, that’sss a deathwish. Hehsk...Not like I haven’t wanted to try, but I can be a patient man.” He grinned, even as he took a readied stance. It didn’t help that he was only in pants, not kitted up with all of his weapons and tools. He then looked to the door.

“I’m going to guesss whoever has the balls to hunt one of your kind isn’t going to stop just because this handsssome devil pulled you aside. I just need a excuse to have some fun, so whadya sssay?” He offered, though already Tresshk knew he was losing the grounds to make any deals fast. He wasn’t lying though, he was being very legitimate as to helping her just to get some kicks.