Wide Eyed In This Galaxy Of Wonder 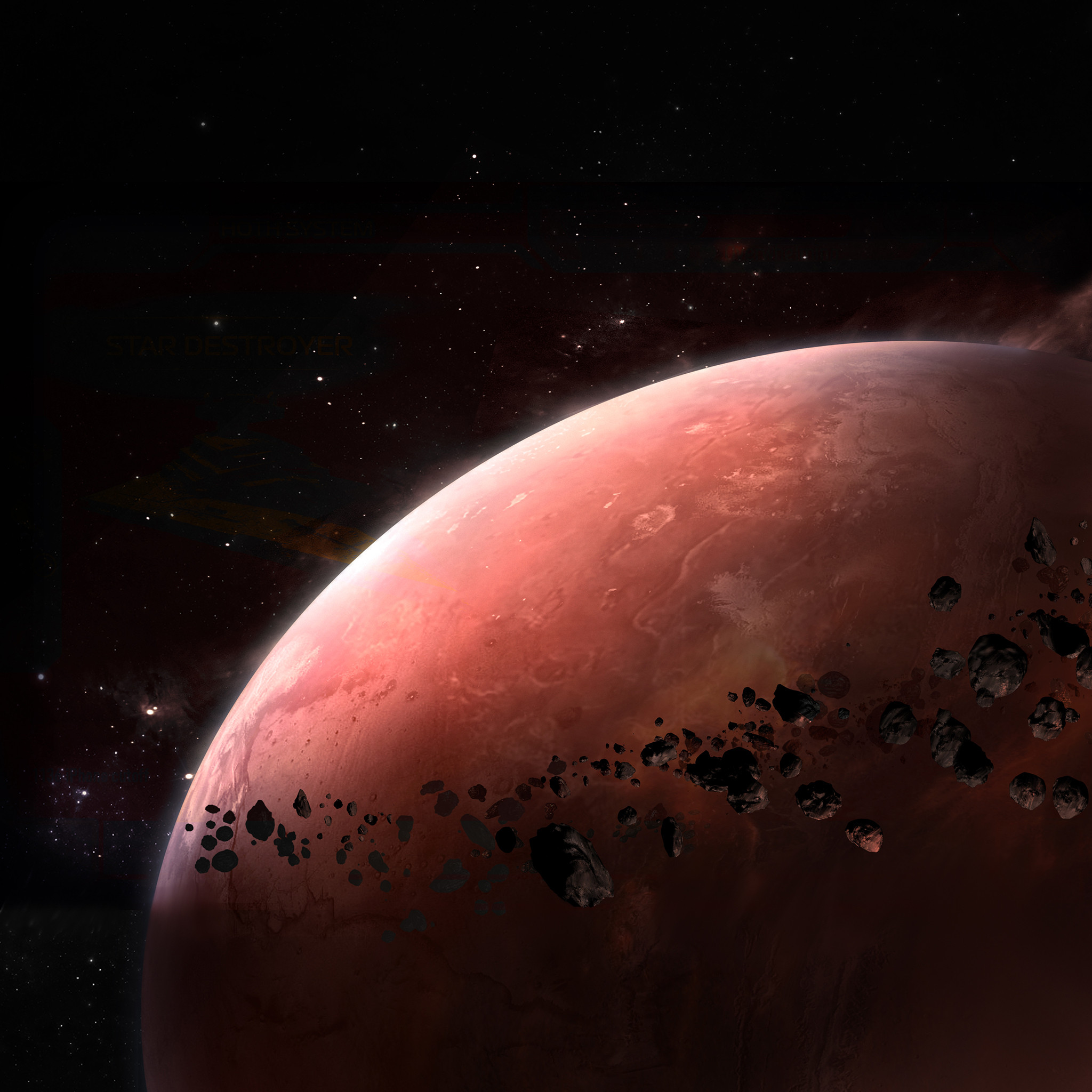 STRENGTH:
██████████
DEXTERITY:
██████████
STAMINA:
██████████
INTELLIGENCE:
██████████
WISDOM:
██████████
CHARISMA:
██████████
Born on the mining world of Burnin Konn to a pair of miners Nora spent her formative years in deep holes and shafts, learning to drill and break and haul with the best of them. With very little central oversight since the fall any central galactic governing body there were no labor laws that prevented the Figg company from putting her to work alongside her parents as soon as she was able to lift a drill on her own. Due to her smaller frame, even as she grew, she was often sent into the tightest shafts to clear the way, retrieve malfunctioning tools or to repair what little remote equipment was available. In this way she showed a knack for technology early on, one which was encouraged by both her family and the company.

As something of a tradition and bonding ceremony the particular group of miners she grew up with would give each other tattoos with light reactive ink that would shine white under even faint light. This made it easier to see each other in low light environments, and an individual's unique designs would make it rather easy to distinguish each other in the shafts. At age 8 Nora received her first tattoo, though her mother was not there to witness it having perished in a cave in a year prior.

Her father did what he could to make sure that his precious daughter would know more than stone and hard labor, secreting away what bits of broken tech he could for her to tinker with and taking her away from the work camp now and again in order to see the stars. She was enamored by them, often staying up well into the night staring up at them and imagining a life among them. Noting this her farther managed to haggle a series of data cards on astrogation and planetary exploration off of a "trader" that swung by the camps from time to time.

At age 14 her father began to suffer from his years of hard labor and soon his lungs gave out entirely, unable to afford proper treatment. Her only relative on planet was her uncle Hak, working as a chief mechanic at the Konn-Nevos Spaceport, and so she was transferred to both live with and work under him. It was here that her knack for mechanics, and soon she discovered, computers flourished as she worked tirelessly on freighters, droids, sensors and almost every scrap of technology that came through Konn-Nevos. Her uncle also pushed for her to learn more much like his brother did, enrolling her in what classes and programs he could.

As a pet project they began working on an old scout ship that was due to be scrapped and they had saved from the junk heap for a non too small sum of saved up credits. Over the course of 4 years they managed to get the Wanderlust into flying condition and even secured a hyperdrive off of another wreck. It was at age 20 while studying for an entrance exam for a navigation academy off planet that Nora decided to take a break and play a hand of sabbac. Ultimately she was accused of cheating against a member of a local gang, which was honestly true, and a fight broke out that saw the man dead.

With at least one local gang in Burnin Konn out for her blood and, she decided it was time to leave. With her uncles blessing and one long hug goodbye she left Burnin Konn in the Wanderlust and started her dream of journeying among the stars a little earlier, and a lot more roughly, than she had envisioned.

Fancying herself a hyperspace explorer Nora does love to skirt the edges of the known galaxy in search of new hyperspace routes or undiscovered planets. The truth is she does this far less than she might let on, often letting herself be sucked in to one potentially exciting adventure or another, even taking some jobs that aren't entirely legal in order to keep the Wanderlust flying.

It is that lust for learning the unknown and wanting to see what is over the next hill, so to speak, that got her in to slicing. First off slicing in and of itself is a marvelous puzzle, at least how she looks at it, and the trove of information and data that is unlocked after solving it makes the endeavor all the sweeter. Not to mention one that can help pay for her next expedition to where ever her heart takes her next.

Growing up as a miner and then as young woman in one of the seedier spaceports in the Anoat sector taught her how to at least take care of herself in a fight. Her short stature and flight suit do much to hide her physical strength built from years hauling her weight in ore, leading many to underestimate her. She is a decent hand with a blaster, but much better close in where she can employ other tricks and where less precise marksmanship is required.

Always up to tinker if the parts are available she dreams of making the Wanderlust into a true and unique marvel of engineering and a beauty to fly, much like the fabled legend of the Millennium Falcon. Though this venture requires quite a few unique parts and many more credits than she has at any given time, so she settleson working with what small bits and scraps she can aquire for now. This does lead the inside of the Wanderlust to feature quite a few piles of loose scrap and tech that she is working on at any given time.

Her lust for knowledge , the unknown, and excitement has also manifested from time to time in a mean gambling streak or poking her nose into other people's business unasked. While often times fun this has caused her trouble on numerous occasions, not least of which the small bit of Ire she earned on Burnin Kon that forced her to leave.

While by now she has been out of the mines for 13 years she is still proud of where she came from, and very proud of the reflective tattoos that have continued to grow seemingly with each adventure. While hard to see when enclosed in her flight suit she prefers street ware that will at the very least show one of the designs that mark her as alive and unique in this vast galaxy. 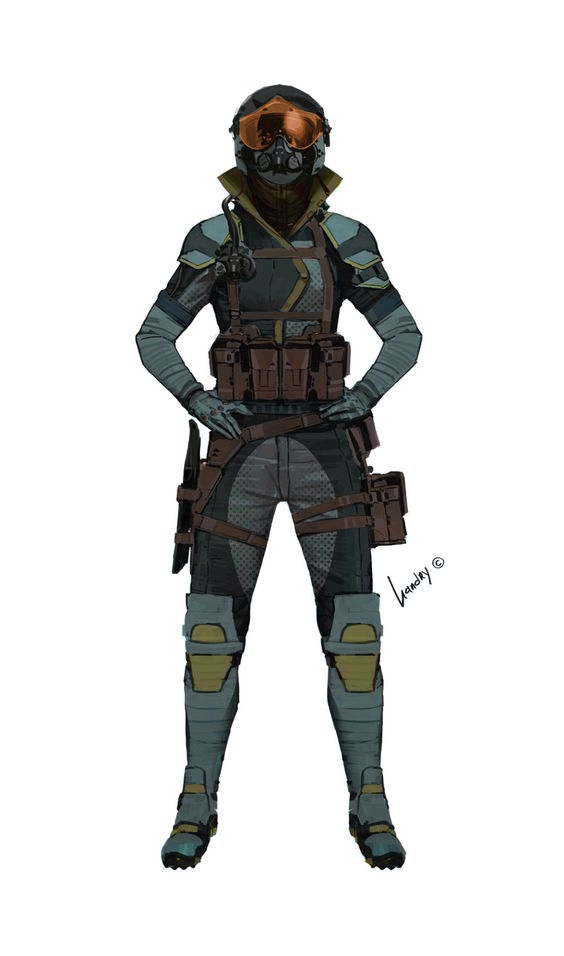