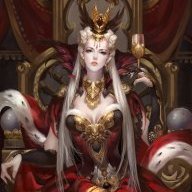 Hey all! I'm so happy to be able to share this with you all. This is my very first Star Wars TV show, so here are some facts.

I really wanted to show more about the world of Star Wars between Return of the Jedi and The Force Awakens. So I decided to read the Aftermath novels and piece together a script for a TV show showing other areas of the Galaxy. I wanted to show more about Luke Skywalker and the initial fight back from the Empire. I'm hoping you all enjoy my ideas for this. So here's show related facts: The show is set 3 months following the events of Return of the Jedi and I intend to show the formation of the New Republic; the final fight of the Empire and so much more. It's a huge project but I'm extremely excited to commit to it, so if you love Star Wars this is absolutely the TV show you're looking for!
Filming and creation wise; I did this using The Sims 4. If any of you are fans of the Sims, you will understand how long projects like this can take and trust me, doing a Star Wars show is absolutely a tall order. But I was happy to push myself. The characters will talk in "simlish", If I had funds for voice actors, I would get them, trust me. Here's the first episode description:


Episode One Description:
"Followng the Empire's defeat during the Battle of Endor, Jedi master Luke Skywalker sends one of his Jedi in training to investigate strange rumours of a Sith cult rising on a remote planet in the outer rim."


The Episode will Premiere tonight at 8.30pm UK time, but if you're subscribed to me you will get the notification anyway. I'd love some feedback on this! It's a really big project and making the creatures, sets etc has been a HUGE challenge. There will be 7 episodes in total for Season One; but I will just go straight into Season Two once it's completed, there will be no waiting. You can join in a Live chat with other Star Wars fans during the episode's broadcast too; if you can't make it, don't worry, the episode will be available on youtube at 9.00pm UK time.