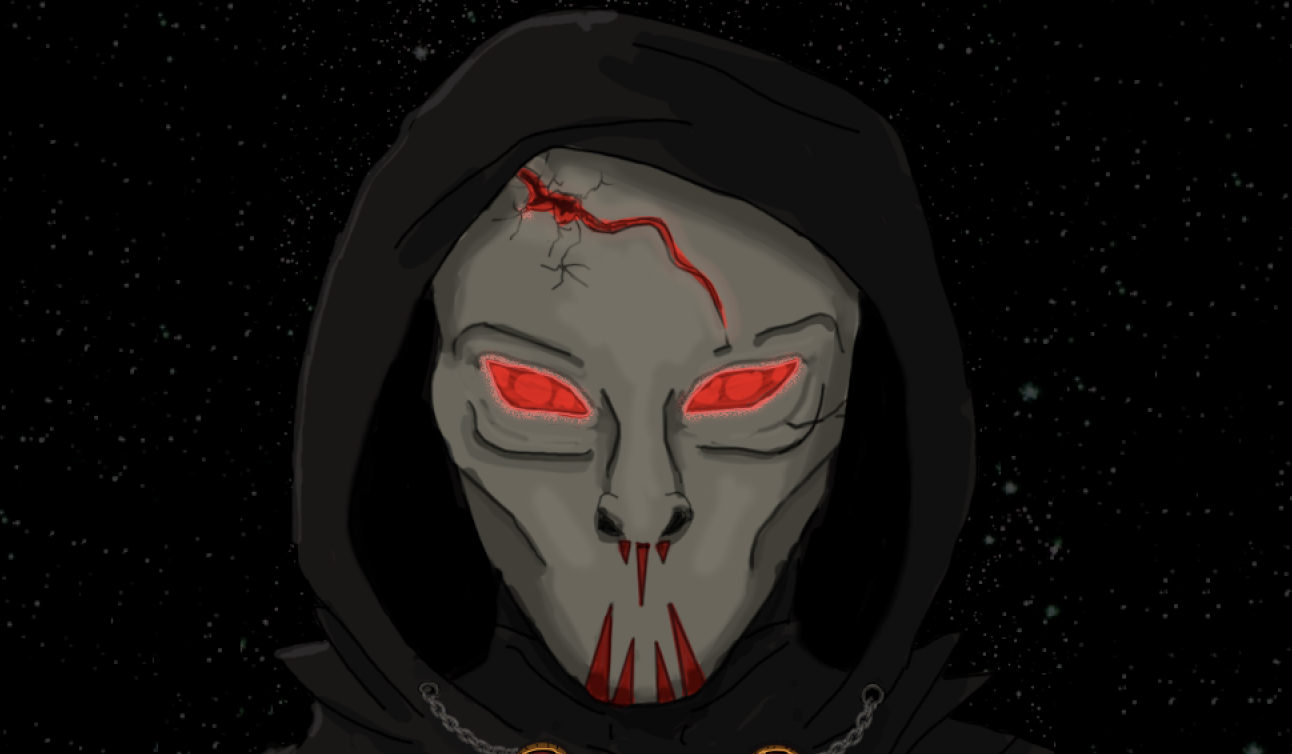 But first, a look into the far past to understand the present. After the death of Darth Sidious, the spirits of the ancient Sith, and most of the cultists at the Battle of Exegol, the remnants of the Sith stood watch over the sacred sites of the ancient Sith. Determined to ensure the memory of the Sith were not forgotten and the code of the Sith was spread once again, they bided their time, absorbing likeminded religious groups and yearning to destroy those who had murdered their gods. 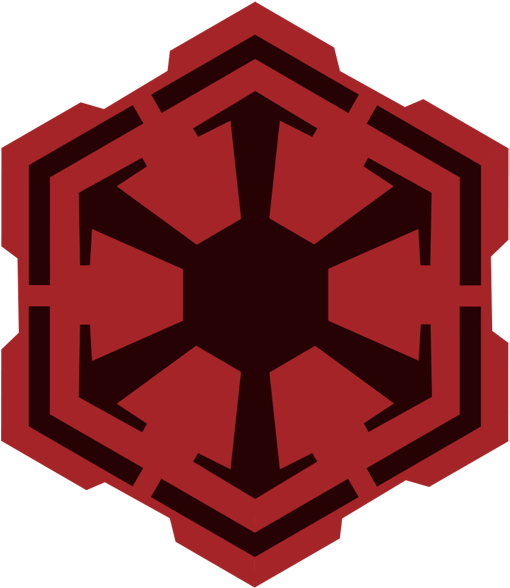 Founding a new Jedi Academy of his own to focus on studying the darker side of the Force, his followers became known as the Legions of Lettow. The Jedi Order and the Legions faced one another in open combat that ultimately led to the death of Xendor and what appeared to be the destruction of the Legions.

While the original Legions of Lettow have been all but forgotten by the histories of the galaxy, the truth is that their principles and people lived on in exile. For thousands of years, the Legions of Lettow had made their home deep within the Unknown Region, and little is known about this period of time.

The Legions of Lettow continued their isolation until some would say that fate intervened. For 7,000 years since the Hundred-Years Darkness the dark side seemed to favor the Sith Lords as its champion in their struggle against the Jedi, but with the destruction of Darth Sidious and the death of all the past spirits of the Sith Lords, the dark side required a new champion.

Leading the Legions of Lettow from the isolation of the Unknown Region and raising them up to be the new champions of darkness fell to the Eternal. The figure known as the Eternal is shrouded in as much mystery as the Sith Lord of the same name from ancient days. Some even say it is an avatar of the dark side itself.

When it appeared on the doorstep of the Legions of Lettow after the final death of the Sith, every member of the Legions recognized its strength in the dark side. It provided them their first access to the teachings of the Sith and taught them how to build lightsabers of their own and become warriors of the darkness. Three decades later it appeared again and led the Legions through the Unknown Region to the remnants of the Sith Eternal who now took for themselves the name “Guardians of the Eternal.”

The Legions of Lettow were rechristened the “Eternal Legions” and together with the Guardians of the Eternal formed the new Sith Eternal.

As the two sects intermixed with one another, it was discovered that the Eternal’s appearance to both groups had been equally as mysterious with neither sect knowing its origin or intention. They only knew that it carried with it a darkness and authority that surpassed anything that had been seen since the death of the Sith, and it was obsessed with finding the original Mask of the Eternal.

Eventually, the Sith Eternal was discovered by the galaxy at large and could not survive in the state it was currently in. Instead of running and cowering, The Eternal decided to claim the mantel of the Dark Lord of the Sith. With this new title, he reformed the Sith Order, returning the Sith to older, more aggressive traditions before declaring war on the Jedi Order.

View of the Dark Side »
Rule of the Strong »

​
View of the Dark Side

Most Sith could tell you that the galaxy is built on an endless cycle. Life prospers through its days and eventually dies, and the subsequent decay feeds new life. In nature, a critical piece of this balance is the predator that devour the weak and manages the population in order to allow life as a whole to flourish. This cycle - this balance as some would call it - is immutably driven forward by the Force.

At the core of their belief system, the Sith have what many would define as a corrupted view of the Force. Most notably, they believe that the Dark Side of the Force is the Force's natural state. This truth is manifested by the ease with which the Force may be accessed through powerful emotion. While Jedi condemn this path as "quick" and "easy" the Sith argue that this is the Force laying a path over which Force sensitives can more easily tread. Even those with little to no training may still be able to access the Force through a powerful set of emotions based purely on instinct whereas use of the Force while empty of emotion is far more difficult because it defies the nature of the Force itself.

They believe that Force sensitivity, and specifically the Force's natural state (the dark side of the Force), is a mechanism evolved by the Force to ensure that the natural cycle of the galaxy is continued even in the face of civilizations that spring up. Unlike non-sentient life, sentients build societies that can promote stagnation. To the Sith, war and death are necessary forces to allow new ideas and life to grow and evolve.

It is the role of the Sith - and all Force users - to act as the Force's equalizers. Like a predator in the wild that hunts without remorse, those touched with the Force must tear down static societies through even extreme measures. Mass destruction opens the door for the growth of new life and ideas. Societies can be rebuilt under Sith rule and develop into a far more advanced culture than they ever could have under their previous social restraints.

Rule of the Strong

The “Rule of the Strong" was termed by one of the original Dark Lord's of the Sith. It is an ancient axiom that is as simple as it sounds: only the strongest Sith is worthy of ruling over the rest.

But the Rule is about more than just strength alone. How Sith gain their strength is equally important. The Rule teaches that Sith must look inward for their power. Friends, family, and loved ones were tools to be used, but such connections were frowned upon otherwise as the most powerful Sith exalted the self above all others.

Furthermore, the Rule teaches to embrace passion and jealousy, to covet what other more powerful Sith have—which leads to conflicts within the Sith Order. While the death of other members of the Order may seem counter intuitive to the outsider, the Sith's beliefs in purging the old to make room for the new leaves little room to doubt the practice.

Lastly, the Rule dictates that Force-sensitives will always rule over those without the Force. As a result, Sith always hold authority over non-Force-sensitives. Even high ranking officers of non-Force-sensitive status have no ability to reign in Sith of lower ranks. Sith are permitted to punish their subordinates however they see fit. This ensures that they are always respected and treated as superior.

Sith Order Ranks​
Sith Acolyte
A Sith Acolyte is a Force-sensitive who has completed the basics of their training and has been chosen to continue their journey towards becoming a true Sith. They usually have basic control over their Sith skills—the Force and their martial abilities—but have potential that could be drawn out with further experience. Note: this rank is optional for player characters.

Sith Marauder
A Sith Marauder (formerly Legionnaire/Guardian) is a Force-sensitive who has completed their training as an Acolyte and has gained the right to be recognized as a full-fledged Sith. They are the dark equivalent of the Jedi Knights of old, fully capable of using their martial and Force skills in combat to a highly effective degree.

Sith Lord
A Sith Lord (formerly Warden of the Dark Side) is a Force-sensitive who has become a master of the dark side of the Force. Lords of the Sith are by no means ordinary Force-sensitives. Their Force power and martial skills are usually unrivaled and they are feared and respected for this very reason. At this rank, an individual may take a Darth name for themselves.

The Dark Council
A Dark Council member (formerly Champion of the Dark Side) are Sith Lords given undisputed leadership over a Sphere of Influence within the Order. Positions include, but are not limited to;
Members of the Dark Council wield considerable power within the faction and are able to lead without question. They can command Sith Lords with impunity and can only have their commands overruled by the Dark Lord. Within their sphere of influence, each councilor need not explain themselves to their fellow council members.