skin: Very light red from the canopy of Kashyyyk leaves just enough light to see but nothing more.

credits: 150 for that's all his mother had on her

Distinguishing marks or scar: His face is tattooed much like Darth Mauls but slight difference. He has scars on the upper part of his arms and his entire back and chest from battles with the wilds of Kashyyyk and being punished. Both ears are pierced upper and lower parts with bones from his kills and his lower part of his lip is pierced by a bone of similar shape as the others.

Dominate hand: He is ambidextrous for was trained in martial arts ( pretty much like Tony Ja in the protector, Moy Thi or however you spell it).

Strength: 5/10 about average, your typical farm boy tough but not a brute.

Dexterity: 9/10 very high ( much like Tony Ja or a younger Jackie Chan) bring raised on the lower parts of Kashyyyk Vadik was trained to be quick and silent and to strike at his enemies quick and without remorse for they shall give him no quarter. He was taut to keep his enemies guessing and keep them on their heels to reach a killing blow at the right time.

Constitution: 8/10 he's almost as tough as he is fast for being punished and used for bait as much as he has he became scared and learned to shut out pain that normally would cripple your average sentient being.

Intelligence: 4/10 Vadik is no smater then your average commoner. He was trained to follow instinct not logic, for sometimes what may seem to be the right path never means it is.

Wisdom: 8/10 with not having great strength like the Wookies, Vadik was forced to rely on the force and use it as almost a 6th sense.

Charisma: 2/10 Vadik's charisma is lower then average because living on Kashyyyk he was taut to never trust anybody for they can turn on him any moment. If it was not for his racial ability he'd be hated by almost everybody.

Force powers: i was not sure what ones i could have so i picked the basic and one dark side power. Move object, Force lighting, Force thrust/push, Force jump, Force speed.

Skills: being in an area which was cut off from most civilization Vadik knows only the basic traits hunt, gather, hid, kill. Constantly Being tested by his mother Zainda Kade and his fellow Wookie tribesmen Vadik learned martial arts and how to fight with his wrist mounted claws ( like wolverines but alittle longer and made of bone which are later replace by light sabers when he has passed his ritual).

Light saber forms/sword forms: ah i dont know what the style is called but he uses martial arts and the Force as he attacks and uses his wrist mounted claws/light sabers as a deference.

Strengths and weaknesses: Vadiks strengths are definitely his ability to use the force before he even has time to think. His ability to keep moving and keeping his target constantly guessing where we will be next then tiring them out by dodging their attacks waiting for them to leave themselves open for the kill. His lack in strength and knowledge of the universe are major factors in his life are definite problems that he faces every day. The fact that his training has taut him not to trust anybody has made him distance himself from other people and keep his emotions locked up inside, which one day will burst out of control, which cause him to to tell the truth and and not care how rude or callous he sounds. Also when he is in a confrontation he is some times over confident and makes mistakes which sometime almost cost him his life.

Personality: When it comes to battle Vadik is very sure of him self and the concerns of others means little to him for as long as the enemy is defeated he does not care how it is brought about. He does not try to be an asshole he just looks at things the way they are and doesn't like to beat around the bush to not hurt the feelings of another. Vadik normally keeps to himself for he feels that words are meaningless when they fall on deaf ears and he considers almost everybody is deaf and only do what they are told and not what their gut tells them.

History: After the battle at Ossus Vadik's mother, Zainda Kade, fled the Order in fear for the Order would find out about her discretion with another fellow Jedi Knight resulting in her becoming with child. On their way to Coruscant Zainda's ship came under fire and eventually crash landed on Kashyyyk where soon after she was taken by a outcast Wookie tribe and enslaved as a pet. 6 months later Vadik was born and when he reached the age where he could lift a blade he was taut how to fight and was put in combat for their amusement. As the boy got stronger they taut him martial arts and how to use the wrist blades that uses up until he gets his light sabers. During the day the Wookies trained and beat him and during the night Vadiks mother trained him in the ways of the force and punished him whenever he did something wrong. Zainda knew she was walking a thin line with the dark side of the force and pushed him to that point every second of his teen life to strength him for the battles that soon awaited him in his near future. for when he turns 18 he will go into the trails put on by the Chief of the Wookies and if he would fail it would mean is life would end and so would hers. One battle that almost proved fatal for Vadik was one time the Chief put him in battle against a gundark with no weapons and made him fight for his life. the gundarks landed 3 almost fatal blow on Vadik and if weren't for all of his force training how would have died there. He use his force speed and kept the gundark on it's heels and made all of its attacks miss. He waited for the right moment for the Gundark to make an attack and leave it self open and when that time came Vadik came in with great force and Force thrust the gundark and caused it's heart to explode and fall over dead. Enraged by the out come the Chief ordered Vadik to be lashed 30 times and go with out food for 1 week. Now nearly 3 yrs later his 18th birthday was coming up and the trials will soon begin.

Favorite past time: Most of the time Vadik will be practicing with his wrist blades, martial arts or meditating draw as much on the force as possible for he never knows what the Chief has in store for him the next day.

k well thats my chars please let me know if he to strong or if his story or something else does not fit in. criticism is welcome for i haven't done this in a while and i feel like im out of touch with it.
Last edited by a moderator: Jul 14, 2009
D

You can't, unfortunately, use lightsabers and/or the Force without in-RP training. You will have to find another player to train you before you can use them.;)
L

k that's no problem i can just change some wording around and have not use the force by command and the light sabers he wasn't going to have for a while.
L

Um...... can some tell me if they have a character that would be willing to take my character on as a padawan or not and if they can could u send me the link to your thread so i can read it and catch up with the story line. 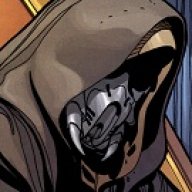 Keeper of the Archives

If he is a Jedi, you can use the "Master/Padawan" thread found here:http://www.thestarwarsrp.com/forum/showthread.php?p=440696#post440696
but, you got to wait like all of us... the List is long.
Or you join a independent faction like the Shade Order.
L