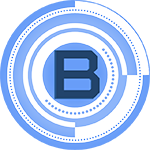 Formed by former dancer Tasha Blackwell during the Fires of Rebellion era over six-hundred years ago, the company started out as 'Blackwell Independent Technologies'. With a combination of business smarts, criminal tactics while keeping up Public Relations, a strict policy of neutrality while maintaining relationships with key figures during the Great Galactic War, has grown and prospered. Although starting out as a small company then, emerged to be a household name by the end of the war, with popular weapons such as the Quickdraw Pistol and PIPE-IIV among others proving to be very lucrative during the war, causing profits to soar.

Over several millennia, long after Tasha's passing, the company continues to prosper although it was not without change. The company evolved, with 'Blackwell Independent Technologies' becoming 'Blackwell Technologies. The once-humble business would become a megacorporation in it's own right, becoming a rival to Czerka. Despite the changes, the company remained due to it's roots, a product business, forgoing the private armies that Czerka which are deemed wasteful, although in recent times Blackwell Tech maintains a force of quality droids and specialists for security. Blackwell Tech still retains the company logo it did since it's founding.

Blackwell Technologies has a robust structure, Blackwell Technologies produces mainly electronic and security goods under it's own name, while it's subsidiaries such as Driveworks, Automata, Munitions, Vehicles .etc have structures of their own to further their own specialized product lines as they see fit. Those subsidiaries are mostly independent, although Blackwell's CEO can bring them together to collaborate on a project, or with mutual agreement.

The mega-corporation also possess other departments aside from it's product producers, such as Blackwell's Public Relations department maintains good ties with the galactic media and is well regarded by the average citizen. Blackwell Shipping handles distribution of Blackwell goods via fleet of freighters. Blackwell Research & Development is the mega-corps main science division, always looking at pushing the boundries of science and looking to maintain an edge over rivals such as Czerka.

In recent times @Newton Arden is the Chief Executive Officer of Blackwell, while @Julia Hipori and ISC President @Emryc Thorne are notable members of the Board of Directors.